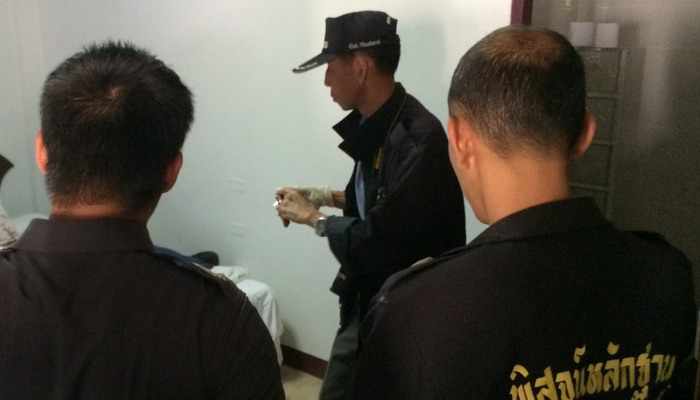 PHUKET: Police have concluded that a Russian tourist found dead in his Phuket hotel room died of self-inflicted wounds, after eliminating the possible involvement of a ladyboy seen in his company.

Fedor Vasilev, 33, from the Sakha Republic, was found dead yesterday morning with seven stab wounds to his chest and a deep laceration running the length of his forearm (story here).

Police tracked down a ladyboy (name withheld), 35, and brought her in for questioning, but quickly concluded that she was not involved in the Russian’s death.

“Ms M was very sad to learn of Mr Vasilev’s passing,” said Lt Col Sutthichai Tianpho of the Patong Police. “We believe there was nothing suspicious about her behavior.”

“She merely delivered a number of clothing items to Mr Vasilev’s room on Monday night and then promptly left the hotel,” Col Sutthichai explained.

Additionally, Police said that three pages of handwritten notes in Russian that were found discarded in a bathroom bin corroborated the theory that Mr Vasilev had taken his own life.

“The papers turned out to be a suicide letter,” said Col Sutthichai. “In it, he expressed hope that Ms M would attend his funeral.”

When asked about other details of the letter, Col Sutthichai said that he couldn’t remember; however, he added that police had also found a receipt for the knife that had been found at the scene, indicating it had been purchased on August 8.

Get into gear at Phuket Cycling Fest 2014