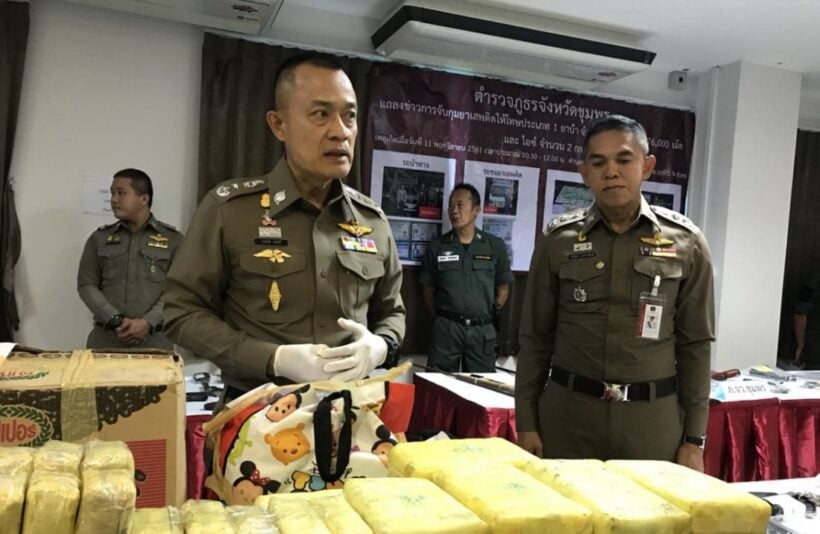 The Region 8 Police have seized more than 3 million methamphetamine pills and more than 100 firearms during a week of drugs and crimes crackdowns before Loy Kratong, from seven provinces.

Detail were revealed at a press conference at the Region 8 Police headquarter in Mai Khao. From November 13-18, before the Loy Kratong festivities tomorrow, police arrested a total of 109 suspects with 24 licensed guns and 84 unlicensed guns.

Lt Gen Pongwut Pongsri, Acting Commander of the Region 8 Police says, “We are continuing to crackdown on drugs and firearm in every area under our responsibility.”

Cabinet agrees to bail out rubber planters and tappers