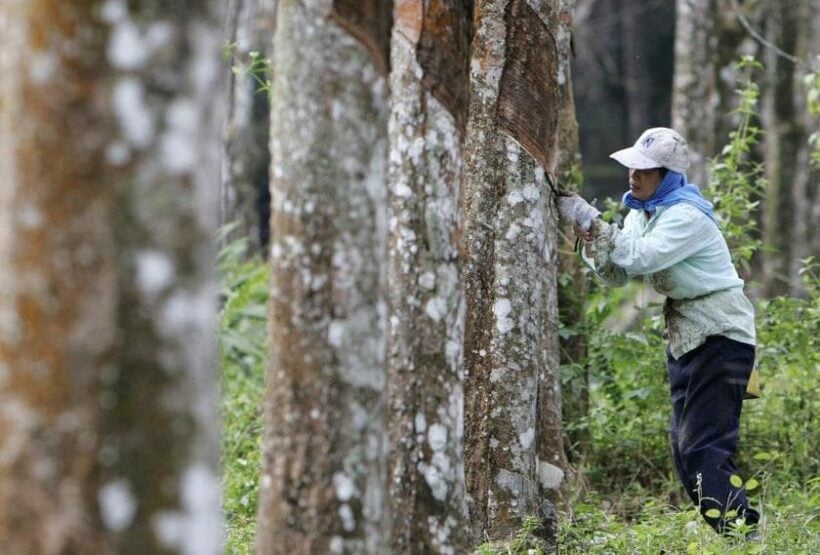 The Cabinet has approved in principle to pour 18.6 billion baht in aid packages to help the beleaguered rubber plantation owners and rubber tappers. The rubber industry says they’re being affected by falling rubber prices.

Only rubber plantation owners and rubber tappers who have registered with the Rubber Authority of Thailand are eligible to receive the handouts.

The aid package will last for ten months from this December until September next year.

The government spokesman said the government had also agreed to help oil palm farmers by buying oil palm at the rate of 18 baht/kg for up to 160,000 tonnes to be used for electricity generating for the short term.

But in the long run, palm oil will be used as mixture in the production of B20 fuel with an annual target of 500,000 tonnes of oil palm.