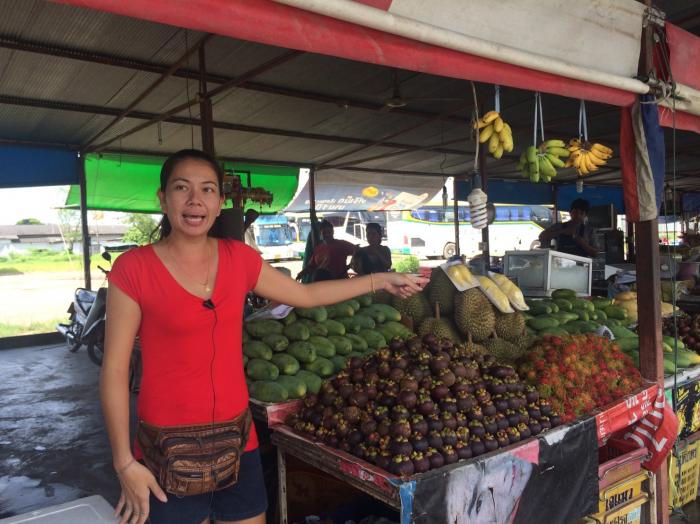 PHUKET: Fruit vendors in Phuket Town are fed up with fruit from their stalls being stolen overnight and the lack of progress in apprehending the culprits, despite giving police CCTV footage showing teenagers pilfering the produce.

Vipharat Na Kling, who owns one of the stalls along Srisana Road, said the thefts have cost her thousands of baht.

“I reported the thefts to police and gave them CCTV footage showing the teenagers stealing fruit a long time ago, but nothing’s happened,” she said.

Phuket City Police Lt Col Naruebadin Pangleesen said officers were working on the case and that the suspects were known to police.

“The footage clearly shows the faces of the thieves. There are two or three of them. They pull up on motorbikes, take durians and ride off. They’ve done this four times already,” moaned Ms Vipharat.

Prapawarin Khamdam, another nearby stall holder, said thieves had stolen nearly 100 kilograms of durian from her stall.

“It’s happened many times,” Ms Prapawarin said. “We’ve filed a complaint, but police cannot catch the suspects, even though we’ve shown them CCTV footage that clearly shows their faces and their bikes.”

“I know it’s only fruit, and they’re just teenagers, but they keep doing it and the cost to us adds up to thousands of baht,” vented Ms Prapawarin.

“We are not that rich and we have a lot of expenses. Those teens should be arrested as an example to others not to steal, no matter the amount.”

Police blame Russian for theft of B3mn in ATM hacks

Pick-up slams into pole, splits in half