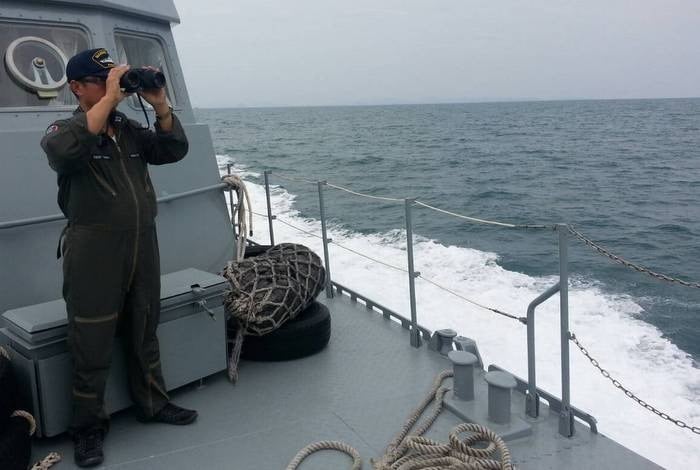 PHUKET: The Phuket Marine Police are continuing their search today for an American scuba diver who went missing from a Similans-bound liveaboard early Saturday morning.

Joshua Michael Devine, 36, a civilian IT operative working at a United States military base in Kuwait, was on the CRP Transport diving trip with his Thai wife and 22 other divers.

“We arrived in Phuket Friday afternoon, after having spent almost two weeks in Pattaya, where we own an apartment,” Mr Devine’s 36-year-old wife, Thadsana, told the Phuket Gazette.

“We arrived with 10 other divers from Pattaya, Thais and foreigners, who were joining us on the trip.”

The couple, who were married in 2010, had made a similar trip to the Similan Islands about three years ago.

“Joshua was drinking with some of the other divers on the boat that night, while I was in the bedroom. At about 4am he came into the cabin very drunk and making all kinds of noise,” Mrs Thadsana said.

“He was shouting, so two of the guys he just made friends with came in and took him away to calm him down.

“I was told to just rest in my room.”

Mrs Thadsana told the Gazette that she couldn’t get back to sleep, and about 15 minutes later one of the men returned to see of Mr Devine had come back to the room.

“The man said that Joshua wanted to be alone. We searched the boat, but couldn’t find him,” Mrs Thadsana said. “I hope my husband is still alive.”

The boat captain didn’t report Mr Devine as a missing person until about 10am, confirmed the Phuket Marine Police. Mrs Thadsana couldn’t account for the delay in notifying authorities.

“We marked the point of disappearance from the boat, Chontara 1, at about 17 nautical miles from Bang Tao Beach,” Phuket Marine Police chief Panya Chaichana told the Gazette. “We immediately sent out a vessel to do a five nautical mile sweep around the area he went missing.”

The search continued from 10am to sunset.

“Yesterday, we sent out another boat and contacted the Navy to have them launch an aerial search. A helicopter was sent out, but also failed to locate Mr Devined,” Lt Col Panya said. “The search was called off at sunset.”

“Once we were finished with the safety checks, we resumed our search for Mr Devine,” Col Panya told the Gazette today.

Police are investigating an Indian restaurant where they arrested 29 people for a late night party in Pattaya’s Soi 7. The incident took place at 12:30am at a 5 story building which had the first 3 floors closed. Police say the venue was actually operating as a shisha lounge, pool hall, and bar.

The raid was based on a tip from an undercover officer who had previously confirmed the location was open and operating. When police entered the building, they found 29 people either smoking shisha, or hookah pipes, while others were playing pool, or snooker. Police say they found 18 hookah pipes (as distinct from 18 hookers).

In Thailand, shisha and hookah is illegal. 11 foreigners from India, Cambodia, and other countries were found at the venue. The remainder were Thai nationals. All 29 were arrested and taken to the Pattaya Police station where they will face charges under the Emergency Decree Act, the Communicable Disease Act and possession of an illegal substance.

Police say they don’t know who owned or managed the venue and they claimed many of the people present were “playing dumb” in terms of how they knew about the venue or who was responsible for it. Police say they will be interrogating and interviewing those arrested today to determine who should be held responsible. They also seized documents from offices on the top floor relating to ownership.

Pattaya is a “highly controlled” zone as set by the Centre for Covid-19 Situation Administration, which sees it under the toughest rules in the country in order to curb the spreading of Covid infections. Chonburi has seen 0 new cases in the past 3 days, sparking anticipation from residents and business owners for the strict measures to relax. Health authorities say they will review the measures at the end of the month, but are not promising to make a change. 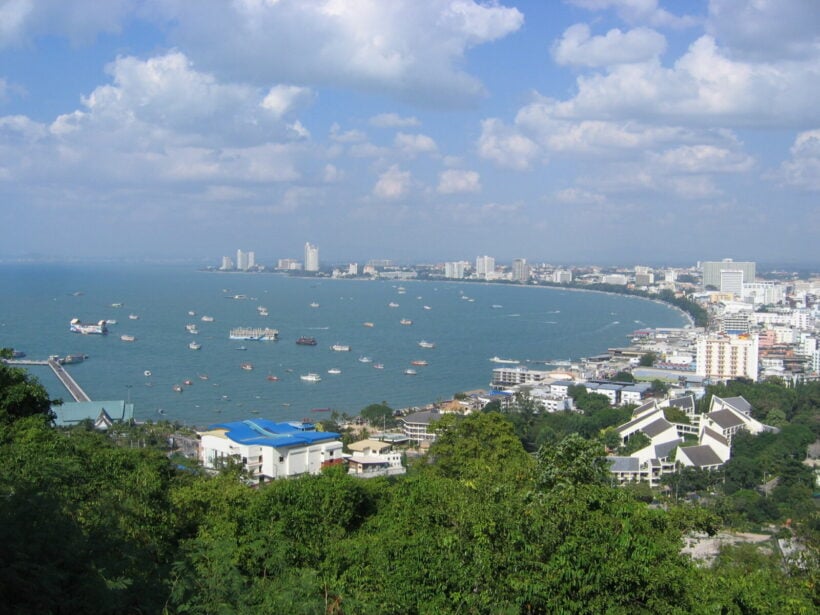 Chonburi province has reported another day of 0 cases of Covid-19, marking the third day in a row to see no cases. In the past 6 days only one case has been reported in the province and all of that person’s relatives have tested negative for the virus.

The provincial health office says they will keep doing doing targeted mass testing for all of next week in the community. It says those in the province’s high risk groups will receive free testing.

Those who fall into the high risk category either worked or visited places recently like the Chonburi Provincial Employment Office, are migrant workers living in crowded camps, are people showing symptoms of the virus, and people who work with the public like taxi drivers and supermarket employees.

The Department did not say if any measures or restrictions will be lifted any time soon as the province remains under stiff travel restrictions with many businesses having been forced to close. The provincial Administrative Organisation President, Wittaya Khunplume, says that the province is preparing to propose to the government to be downgraded from a deep red high-risk zone to an orange zone and ease measures.

There is no timeline or date for this proposal, however, the Centre for Covid-19 Situation Administration is due to meet on January 31 to officially discuss measures and restrictions. But health authorities in the province say there’s no guarantee of a relaxation of measures by the end of the month. 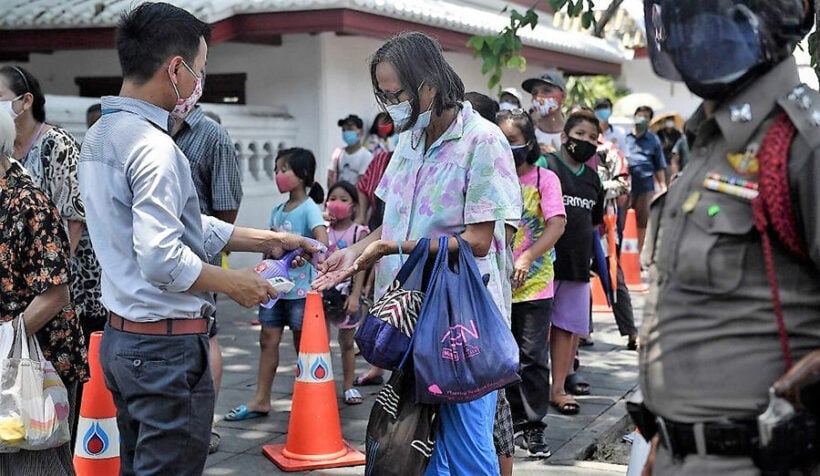 Previously, Pattaya was relying on domestic tourism to keep it afloat after Thailand placed measures that essentially stopped foreign tourists from arriving. Now, many hotels in Pattaya are struggling to keep their staff and have resorted to selling their restaurants’ food on the streetsor offering delivery in an attempt to support their remaining staff.