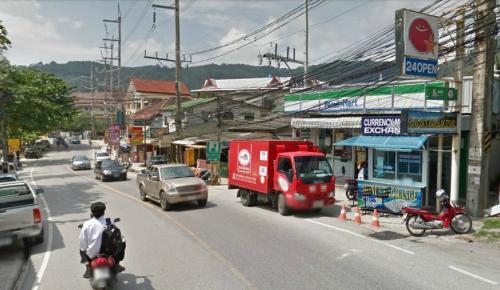 PHUKET: Phuket Police are on the lookout for three men who evaded arrest last night when officers raided an address given as that of the ringleader of a teenage motorbike extortion gang.

The raid originated from a complaint filed by Sasiprapha Sukhang, 18, from Buri Ram, who told police she lent her motorbike – which she had rented – to a friend about a week ago.

However, her motorbike was not returned, and two days later she received a call from a young man who identified himself as “Berm Patong”.

“He said that if I wanted the bike back, I had to meet him at the Family Mart [convenience store] in Kalim,” Ms Sasiprapha said.

The 18-year-old contacted the owner of the motorbike and explained the situation, and he accompanied her to the rendezvous with a spare key for the bike.

“We found the bike with both tyres flat and both rear-view mirrors removed,” Ms Sasiprapha said.

After the owner reclaimed his motorbike, Ms Sasiprapha received another phone call from Berm while she was returning home.

This time he threatened her.

“He asked why I brought the police with me to get the bike. He didn’t know the man with me owned the motorbike. He threatened to attack me,” Ms Sasiprapha explained.

“After I got home, I saw three men stalking me. I was really scared,” she added.

Yesterday, Ms Sasiprapha received a third call from Berm. This time he told her to meet him at Galaxy Pub at the south end of Phang Muang Sai kor Road (map here), and give him 1,500 baht.

Instead, Ms Sasiprapha reported the call to the police, who went to the well-known nightclub with her and arrested two 16-year-olds who were there to meet her.