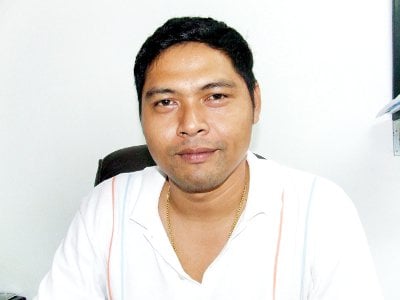 PHUKET: Foreign tourists who are victims of crime in Phuket all too often leave the country before police can investigate their claims, allowing perpetrators to continue roaming the streets in search of new victims, a Patong Police investigator has said.

“I want foreign tourists who are victims of crimes in Phuket to cooperate with us when we investigate their cases, but they always rush back to their home countries after getting their stolen belongings back. This makes it impossible for police to press charges against the thieves as there isn’t enough evidence to secure a conviction. Eventually the suspects will be released and return to the streets to take part in more crime,” Pol Maj Thammasan Boonsong told the Phuket Gazette recently.

“Police request that tourists stay in Phuket for questioning, but usually they refuse because they just want to return home. This is why police have not been able to remove thieves from Patong.

“On top of this, the tourists sometimes complain to the police when they don’t get their things back quickly. Many times police officers do catch the thieves with the stolen goods, but their victims don’t want to become involved, so they avoid helping the police. Without victims we cannot subject suspects to the full legal process,” he said.

“As a result, police are powerless to bring to justice known serial thieves, he said.

“We are always arresting the same individuals. Mostly the thieves are ladyboys working in Soi Bangla. We receive a report of a tourist being robbed once every week or two. Another issue is that some tourists think that it’s easy to find drugs in Patong and they are tricked into buying fake drugs. For example, they buy fake marijuana made from the leaves of local plants [that resemble it]….

“Occasionally the foreigners get angry with the ‘drug’ dealers because they were tricked. Then they turn violent. The dealers then simply report the foreigner’s violent behavior to the police, because the tourist is not likely to be honest about the reason for his aggression. In the end the tourist only loses his money,” he said.

In reality, the idea that drugs are easy to come by in Patong is untrue, he maintains. “Our drug suppression team is constantly arresting drug dealers and seizing their contraband,” he said.

Inebriation is another common cause of problems, he said.

“When it comes to tourists fighting with taxi and tuk-tuk drivers, it nearly always involves drunken tourists. It starts with something small, such as the fare for a ride or damage done to a vehicle,” he said.

Maj Boonsong advises patience and caution in such cases.

“Instead of resorting to violence, the tourist should wait for the police. The police will attempt to negotiate a solution. If they don’t wait, with one party being drunk and the other not willing to give in, a fight will ensue. Other taxi drivers in the vicinity see this going on and step into assist their friend. Invariably this appears to onlookers as a mob of taxi drivers beating a tourist. Most of these altercations occur from 2am to 3am, and nearly always with a drunk tourist,” he said.

“A good example is when a drunken tourist is playing with a tuk-tuk or taxi and the vehicle ends up getting damaged. The driver asks for compensation, but the drunk tourist cannot speak coherently and the situation escalates into a violent confrontation.

“In circumstances such as this the tourist should just wait for the arrival of the police, so that they can negotiate a peaceful settlement,” he advised.