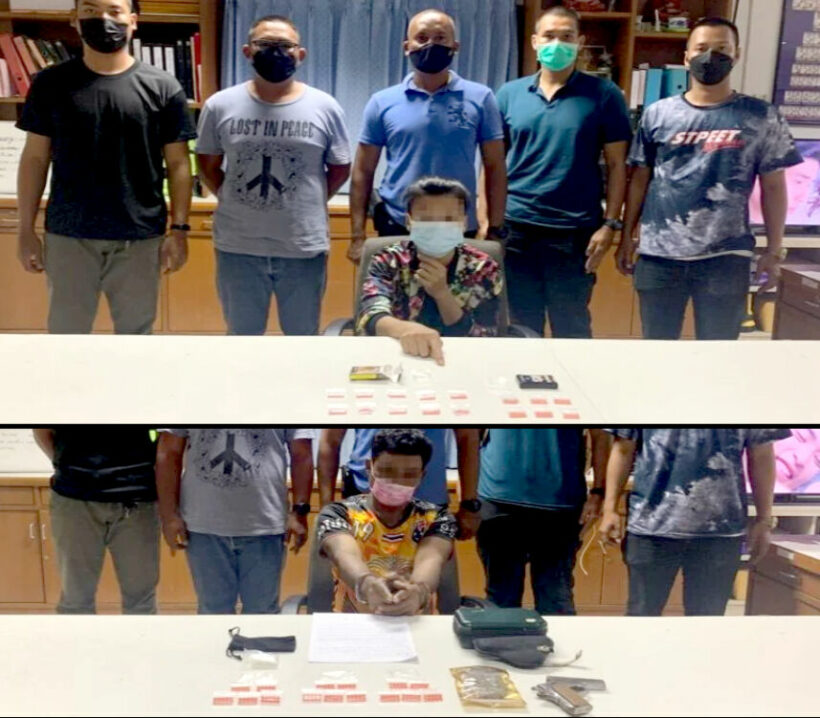 PHOTO: A Phuket pair busted in possession of 310 meth pills. (via Phuket News)

After receiving a tip about the possibility of drug trafficking in Phuket, the Thalang Police carried out a drug bust that took two suspects into custody who were in possession of 310 meth pills and a loaded gun in Pa Khlok.

The incident took place yesterday when police officers arrived at the address for which they had received a tip-off and arrested a 24 year old Thai woman. She had 160 meth pills in her possession at the time of her arrest.

Police continue their investigation and took into custody a second suspect in the drug raid, a 39 year old Thai man. When he was arrested he was in possession of another 150 meth pills. He also had 16 rounds of ammunition and a .38-caliber gun which appeared to be homemade.

By the time the raid was complete, police had seized the gun, the ammunition and the 310 meth pills. They also took possession of a white Isuzu truck that was confiscated as possible evidence in the case against the drug dealers.