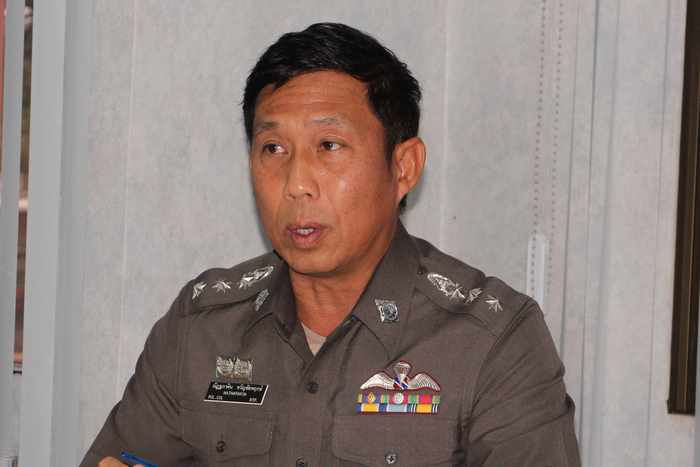 PHUKET: Phuket officials today revealed that a national fund of 20 million baht to assist tourist victims of crime and natural disasters was finally available for tourists in Phuket.

The news was announced today, when it was disclosed that 44-year-old Antonio Papaleo, a victim of a stabbing attack in Phuket, became the first tourist in Phuket to receive assistance from the fund, which is operated by the Ministry of Tourism and Sports (MOTS).

Mr Papaleo was awarded 100,000 baht to cover his medical costs after he was stabbed twice in the abdomen during a bungled bag snatch on July 3 (story here).

He was put immediately under police protection, as he had just arrived in Phuket after testifying in a Hong Kong mafia corruption trial, during which he had repeatedly received death threats (story here).

“Ten days after Mr Papaleo was released from hospital, he was transferred to a safe location off the island,” said Karon Police Superintendent Natthapakin Kwanchaipruk.

“We thought that the victim should receive some form of compensation. What happened was not his fault, so why should he have to pay for medical costs?

“I contacted the Phuket Tourism Association [PTA] to find out if they had a budget to cover such incidents. If it turned out that they didn’t have one, police had already decided to donate money for him after discussing our options with Phuket Provincial Police Commander Krajang Suwannarat.”

Officials from the PTA then contacted the MOTS Phuket office, which revealed that the MOTS sets aside a total of 20 million baht per year to compensate all tourists in the country who have been affected by crimes or natural disasters.

“Although the fund was set up many years ago, it has not been advertised to Phuket tourists, which is why not many people know about it,” Santi Pawai, director of the Phuket MOTS office, said.

However, Mr Santi noted that tourists in Pattaya were often compensated through the fund. He explained that the best way for tourists to apply for assistance from the fund is to talk to the police investigator in charge of their particular case.

“The police can file the necessary paperwork and send it to the ministry,” said Mr Santi. “It will then be considered and approved by a committee led by a Tourism & Sports permanent secretary.”

Sathirapong Na Takuatoong, the PTA’s recently installed president, said that his organization supported publicizing the fund in Phuket, but added that more could be done to improve tourists’ feelings of comfort and safety while holidaying on the island.

“I think 20mn baht per year, compared with the 18mn tourists who come to Thailand each year, is not enough,” Mr Sathirapong said. “We should start by reducing the number of crimes that occur, so that we won’t have to dip into the fund in the first place.”

Mr Sathirapong said that his association does support the Phuket Police.

“We support police and the Tourist Care Team, a special unit of 58 officers that patrol beaches 24 hours a day, by providing food for them to eat for free in all of our member hotels,” he said.

“No Phuket business owners want crime on our island. It destroys Phuket’s image and affects our tourism industry.”

Any foreign tourist can request assistance from the fund, but only under the following conditions:
Victim of natural disaster
Victim of terrorism
Victim of attack
Victim of rape
Victim of vehicle accident in which the tourist was not at fault
Tourist who faces unexpected financial trouble, for example, if they were robbed of all their belongings or money and unable to make the trip home

Phelps and Lochte set for duel at US nationals