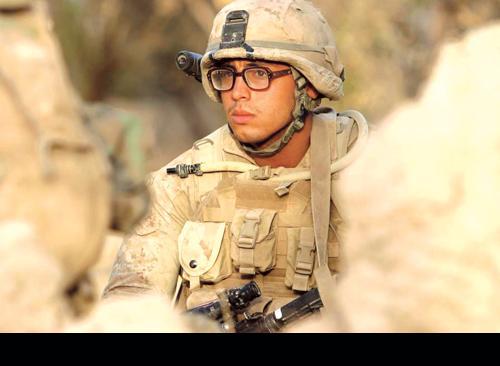 Following the arrival in court, 10 minutes late, of a grim-faced Aldhouse, a female Thai witness explained that she was the girlfriend of the victim, US Marine Dashawn Longfellow, at the time of his death.

She then gave her account of how a seemingly ordinary night in Rawai exploded into deadly violence, just over three years ago.

The girlfriend, who requested the media to not name her, was the only witness to appear at the hearing.

Her testimony began with the arrival of a court translator at 2:44pm.

The girlfriend testified as follows:

“I was a waitress at the Freedom bar in Rawai (map here). On August 14, at 1:20am, Dashawn [Longfellow] came to the bar to pick me up and take me back to our apartment at the Yanui Resort 2.

By the time Dashawn arrived, there were only about 10 people still at the bar, because it was close to closing time. While he was waiting for me, he sat down at a table where one other tourist was sitting. The table was in the center of the bar and there were seats around the table. Dashawn did not order anything.

Then at 1:40am, Mr Lee Aldhouse pulled up, on a dark green Honda Click motorbike. He came into the bar looking angry. He ordered a bottle of beer and sat at another table.

At 2am, Mr Aldhouse stood up and started talking loudly, like he was angry, with the remaining customers, before challenging every one of them to a fight.

Dashawn got up to go to the toilet, but Mr Aldhouse wouldn’t let him pass. The next thing I knew they were fighting. I looked up and saw Mr Aldhouse punching Dashawn in the face.

Other customers tried to stop the fight, but Mr Aldhouse started hitting them too.

Mr Aldhouse then left the bar. My friend said he went to the 7-Eleven, about 100 meters away.

My friend said he left the shop with a knife. My friend warned me to take my boyfriend [Dashawn] back home as soon as possible.

When we arrived home [at the resort], Dashawn went to a nearby shop to buy water.

At 3:30am, I heard him return to the house and I opened the [slide-mirror] door, but the door came off its runner. Dashawn and I were trying to fix the door when Mr Aldhouse turned up.

He was wearing a black “hoodie” [hooded shirt]. He came up to Dashawn and stabbed him twice in the chest with a knife.

Dashawn told me to go back inside, but he was beginning to stagger. I stood at the door and threw a clothes rack at Mr Aldhouse to try to make him stay away.

Seeing me trying to protect Dashawn, Mr Aldhouse, said, ‘Come on’ – but when I called for neighbors to help, he took off on his motorbike.

Rescue workers arrived at around 5am and tried to revive Dashawn. They took him to hospital, but at around 7am the doctors said he was dead.

On hearing what had happened, a friend came to visit me at our house. On her way to the resort, she saw the knife that Aldhouse had used, which he had dropped near the house. She called the police, who came quickly to inspect the area.”

With that, Dashawn’s girlfriend concluded her testimony.

Judge Montri Saroj declared the court adjourned and set October 21 as the date for the trial to continue.