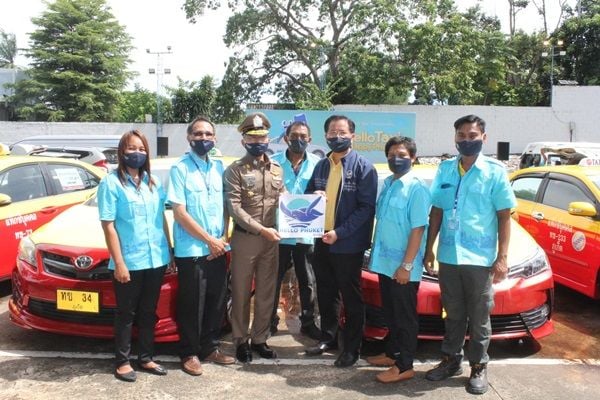 Customers will be able to rate their ride experience on the app and driver’s will be scored on their service. So, if a driver rips them off or takes a longer route for some extra cash, their score will go down. The rating system will develop standards for taxi drivers, according to Phuket Land Transport Office Chief Banyat Kantha.

“All of the 300 drivers that signed up to the project will adopt the same standards by offering a clean, courteous, safe service with fair prices and clear and transparent rates… The motivation for the driver to uphold these high standards is the customer scoring system which will determine their overall level of service.”

Phuket has a shady history of dodgy taxi drivers and tuk tuk scammers that run as a virtual cabal. Rip offs and extortionate fares for even short rides have given the island a bad reputation for public transport where there is little alternative but to use the taxis and 4-wheel tuk tuk vans. Efforts in the past to try and reign in the island’s taxi and tuk tuk ‘overlords’ have all failed.

Passengers in a Phuket taxi can expect to pay up to 3-5 times as much as they would pay for a similar journey in Bangkok. Even the Grab Taxi alternatives have been forced to tow the line due to the strength of the island’s taxi mafia. But the Phuket Land Transport Office Chief, seemingly oblivious of the ongoing taxi price-gouging, said that Phuket is one of the top 10 tourist destinations in the world.

“Even though the island is seeing a drop in visitors due to the coronavirus pandemic, he says they need to make sure public transport is maintained so they’re ready when international tourists can return.”

The 300 taxi drivers involved in the project were selected by Phuket officials and will be wearing a uniform representing “Hello Taxi Happy Phuket,” according to Phuket Police Commander Rungrote Thakurapunyasiri. He says they will be a “new image” of taxi drivers.

“We aim to show that we really have changed and will be offering the highest of standards. The next step will be a rehersal with the developers of the app which we envisage will prove very efficient. We wish all drivers to be proud and work collectively to develop the system with patience and offer the highest standards of service.”

Although The Thaiger congratulates the provincial government land transport office for the initiative, we wonder how travellers will know if they’re being ripped off or not because, especially from the airport, the taxi meters NEVER work, or if they do, they are illegally ‘turbo-charged’ so they clock up the baht faster than normal.