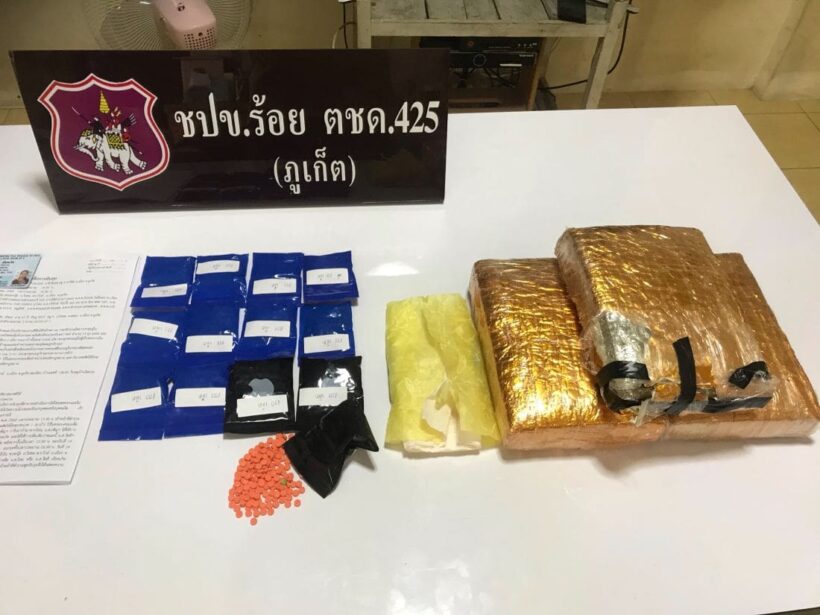 A Rawai house keeper has been arrested with 2,600 methamphetamine pills and three kilograms of marijuana.

The arrest follows police first arresting a Thai woman with methamphetamine pills in Chalong. She told police she got the drugs from a woman called ‘Wanlee’. She said that Wanlee is a house keeper at a house in Soi Yanui, Rawai.

Police continued the investigation and found Wanlee at the house. Police didn’t find any drugs in the house but Wanlee volunteered information that she kept drugs in another house in Sai Yuan, Rawai where she also works as a house keeper.

She was taken to Chalong Police Startion and charged with illegal possession of Category 1 and 5 Drugs with intent to sell.