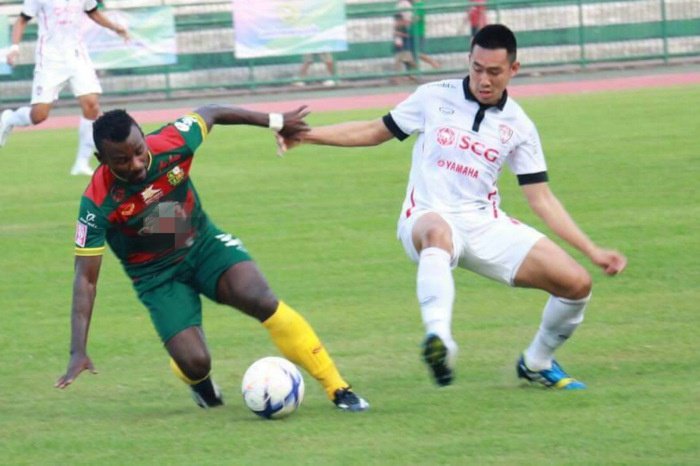 PHUKET FC will be looking for all three points from their match against the Pattaya Dolphins at Surakul Stadium tomorrow in the hopes of delivering a double blow to their Yamaha League One rivals.

Both teams are tied with seven points on the league table, and only goal difference separating the two sides. Pattaya is currently on top in seventh position, while Phuket languishes in 10th place.

But a win on Sunday will change all that. Three points will elevate either side into the top end of the league table.

The Phuket FC Ronins are riding high after their 3-2 victory over Thai Honda at Surakul on March 11.

The Pattaya Dolphins are also surfing a wave of confidence after their 5-1 win over Samut Songkram in Pattaya o n March 8.

The win pushed aside a slump by the Dolphins, who had lost 1-0 to Sukhothai and 2-0 to Thai Honda in the their previous two outings.

Their performance against Samut Songkram also saw a resurgence in their attacking skills, which has been interpreted as a warning shot at Phuket.

“We still have some problems with our defence,” he told Siam Sport this week.

“We are trying to fix it by having players spend more time in the gym, and we need a stronger defensive player.”

The Phuket FC starting line-up will not suffer from injuries, but Coach Dang has declined to reveal his starting squad until closer to the game. Kickoff is at 7pm.