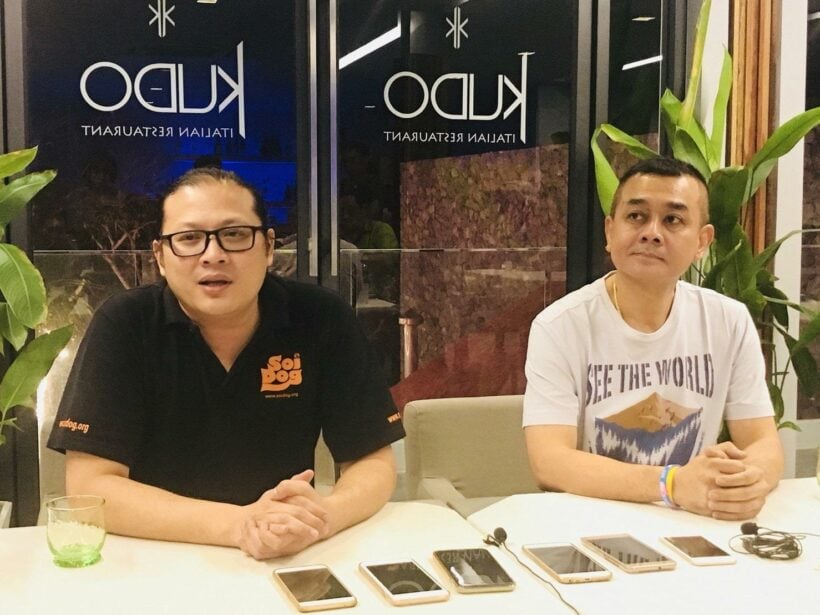 The Patong Police Chief and a famous Patong businessman claim that there is no mafia in Patong.

The comments come, unprompted, after arrest warrants were issued for three suspects last week in connection to the double, execution-style, murders in Sattaphip, near Pattaya on July 29. One of them is well-known local Patong businessman, known as ‘Sia Auan’ aka. 39 year old Panya Yingdang, a bar owner.

Patong Police Chief Col Anothai Jindamanee says, “After we checked Panya’s background, we have found that Panya has had legal action taken against him over five separate cases.

Preechawut Keesin, one of Patong’s leading business operators, and son of former Patong Mayor Pian Keesin, says, “Many people say ‘Sia Auan’ is part of a mafia. I can confirm that he is not. Patong is an business city and a safe place which has generated a lot of income for the country. There is no mafia in Patong as the government has got rid of those groups.”

(The Thaiger asked why the local Patong Police Chief made an official statement not wearing his uniform but we were told the comments were made at an informal media grouping and he was pressed for a statement.)