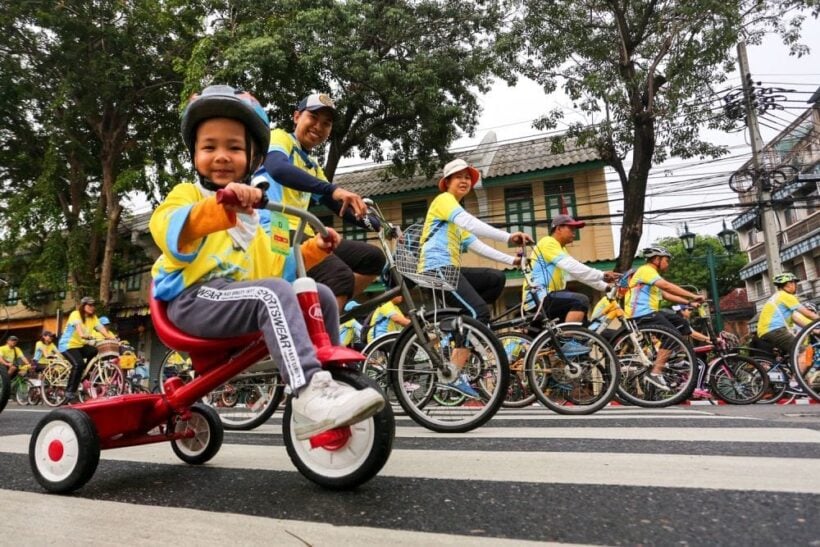 Yesterday’s Bike Un Ai Rak event proved again that Thai’s love getting onto their bikes and joining in a royally-sponsored cycling campaign. The event was held yesterday, in the capital and provinces.

Hundreds of thousands of people across the country took part in the “love and warmth” cycle rides. The main event was held in Bangkok where the ride was personally led by His Majesty the King to mark the opening of the “Un Ai Rak Fair” at the Dusit Palace in the Royal Plaza.

HM King Maha Vajiralongkorn, who has graciously allowed the second “Un Ai Rak” Fair to be held at the Royal Plaza and Sanam Sua Pa, officially opened the fair at 3.30pm yesterday. 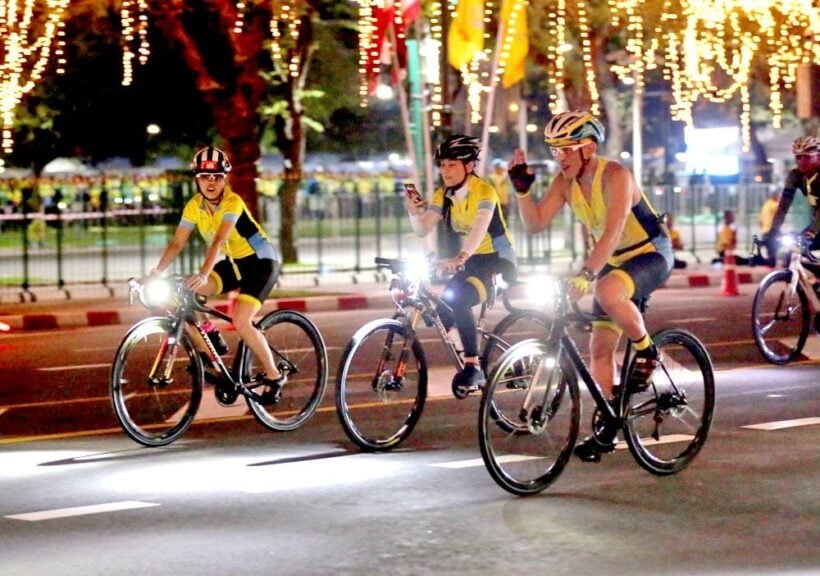 The fair will continue until January 19. Also present at the fair’s opening were HRH Princess Maha Chakri Sirindhorn, HRH Princess Bajrakitiyabha and HRH Princess Sirivannavari Nariratana, who inspected the fair’s exhibition after His Majesty pressed the button to unveil the fair as an opening gesture.

The King led the 39km “Un Ai Rak: Bike for Love and Warmth” bicycle ride at 5pm, with thousands of people standing along the route hoping to catch a glimpse of the monarch.

While security at the cycling event was tight, Immigration Police Bureau chief Maj-General Surachate Hakparn affirmed that officers were ready to facilitate both Thais and foreign tourists participating in the ride around Bangkok.

Meanwhile, Uttaradit was bustling from the morning, as an estimated 6,000 people began gathering at City Hall, many wearing commemorative yellow shirts, ready for the 29km ride. Among them was 65 year old Prasopsak Sornlam, who had already cycled 60km from his home in Pichai district, starting out at 6am, and five year old Plairung Akarapitak, joined her family in the ride.

In Chiang Mai, some 10,000 people registered for the 27km ride from the International Exhibition and Convention Centre, passing various attractions before returning. Provincial health official Dr Thoranee Kayee said 10 ambulances, 26 first-aid bikes and 40 medical personnel were ready if needed, and participants could undergo health checks and get medical advice before heading off.

In Lampang, 5,400 people had registered for a 29km ride from the Government Complex. Meanwhile, the King’s sister Princess Ubolratana expressed her support for the “Un Ai Rak: Bike for Love and Warmth” cycling event by posting photographs of herself in cycling gear via her Instagram account, #nichax.

The princess captioned one photograph, saying she had led a group on bicycles at 5.25am on Sunday to scout the “Bike for Love” route and help chase the rain away. 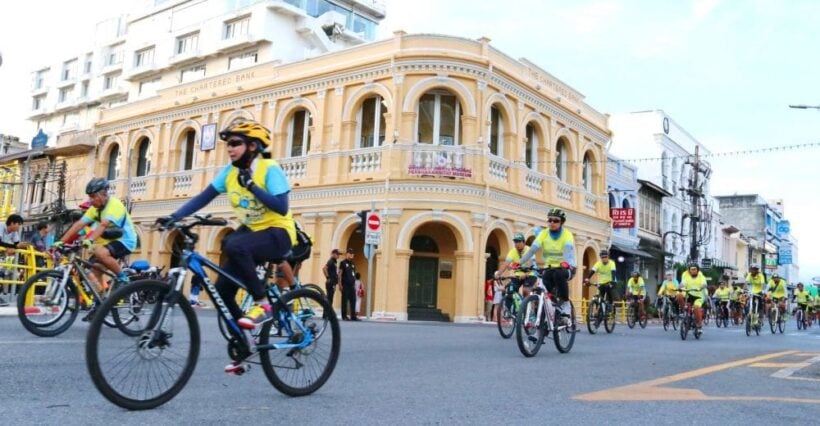 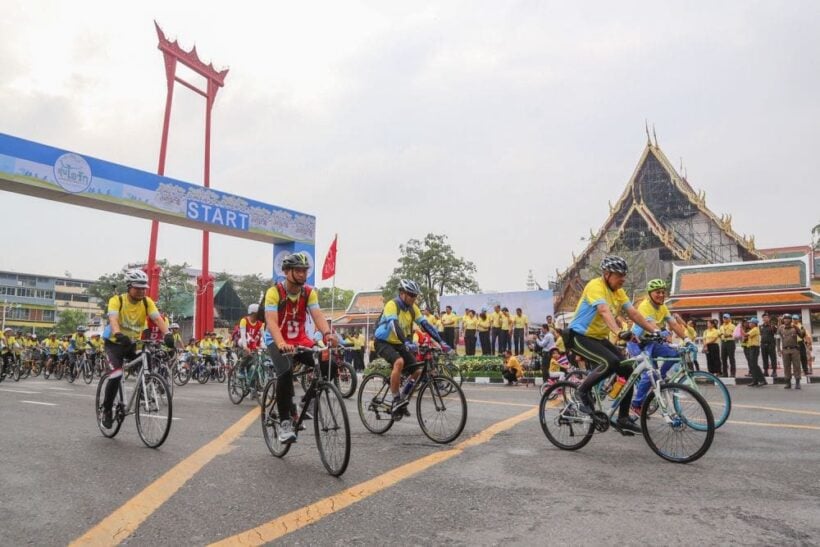 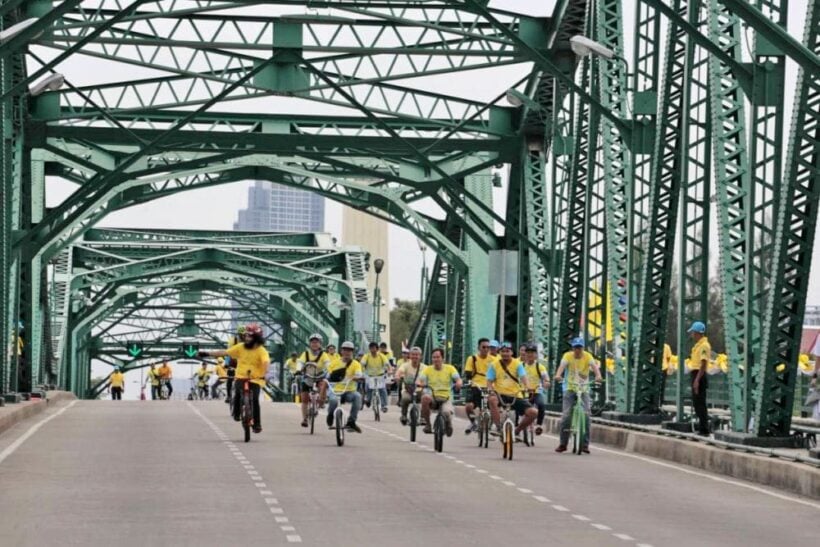 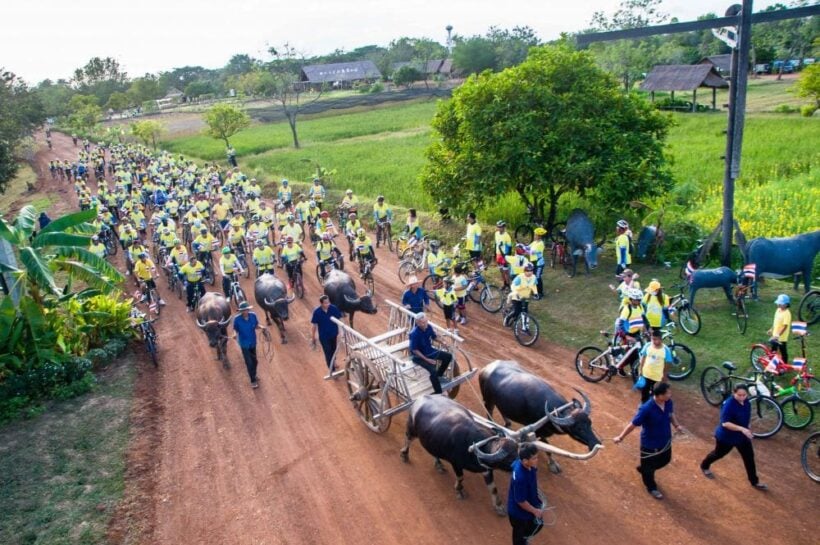