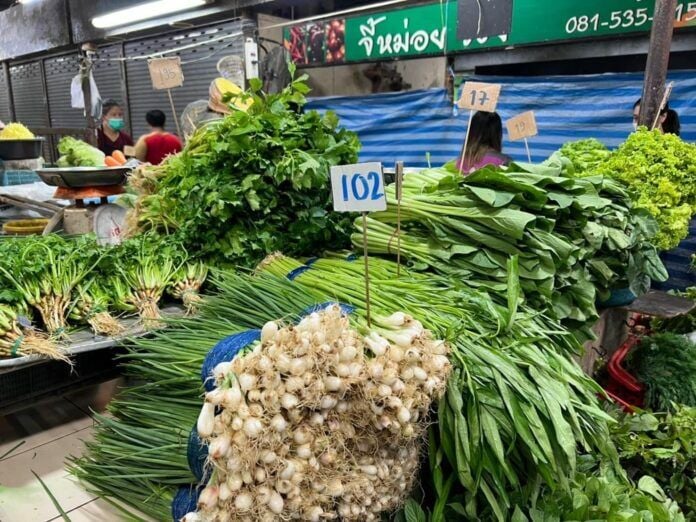 Phuket is seeing a jump in its vegetable prices as the annual Phuket Vegetarian Festival is coming up on September 26. The prices of many vegetables have shot up on average from five to 20 baht per kilogram. The prices on other vegetarian ingredients have bumped up as well.

Vegetable prices usually increase in Phuket before and during the festival each year, as high demand coincides with fewer supplies.

But vegetable vendors noted that there were a few different reasons for the price surge. One vegetable seller at the Public Market 2 in Phuket Town told The Phuket Express that the prices had gone up because many vegetable plantations in central Thailand have been flooded.

The Phuket Vegetarian Festival is known for its Ma Song. These spiritual devotees will self-mutilate, and slice their cheeks and tongues with swords, knives, and spikes. They will then march for hours, the intention being that through their pain they can achieve a holy and spiritual state. The Ma Song have helpers who follow them along to clean up their blood and pat them down with towels so that they don’t catch on fire from the many fireworks being thrown.

The Tourism Authority of Thailand (TAT) expects the festival to rake in a lot of cash. The director of TAT’s Phuket office says tourists are expected to spend about 3.4 billion baht on the island province during the festival.

MrStretch
Of course the price of veg went up as the veg festival approached.  That's Thai pricing, 'grab all the money when you can, while you can'.