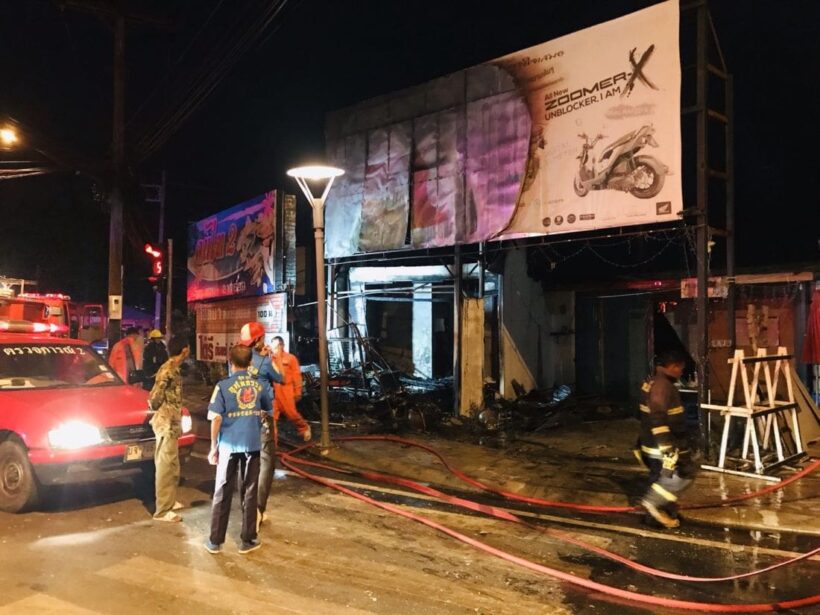 Fire has destroyed a house that was selling petrol bottles out the front in Phuket Town earlier today. Witness say they saw a woman near the house before the fire started.

Phuket City Police were notified of the house fire in Soi Hatchaniwet in Phuket Town t at 1.50am this morning.

Fire fighters headed to the scene with five fire engine to find the house already well ablaze. It took 20 minutes to bring the fire under control. The house was a single storey dwelling where gasoline bottles were placed for sale at the front of the house.

69 year old Kluay Hensantiea, the owner of the house, says her neighbours saw the fire start in front where she usually stores the 1 litre bottles of petrol to sell to passing motorbikes.

They shouted out loud to alert anyone inside. The owner of the house and two others ran from the house as the fire took hold.

The neighbour has told police that she saw an unidentified woman carrying a petrol container. After that she noticed the fire starting.

Police are continuing their investigation into the alleged arson. 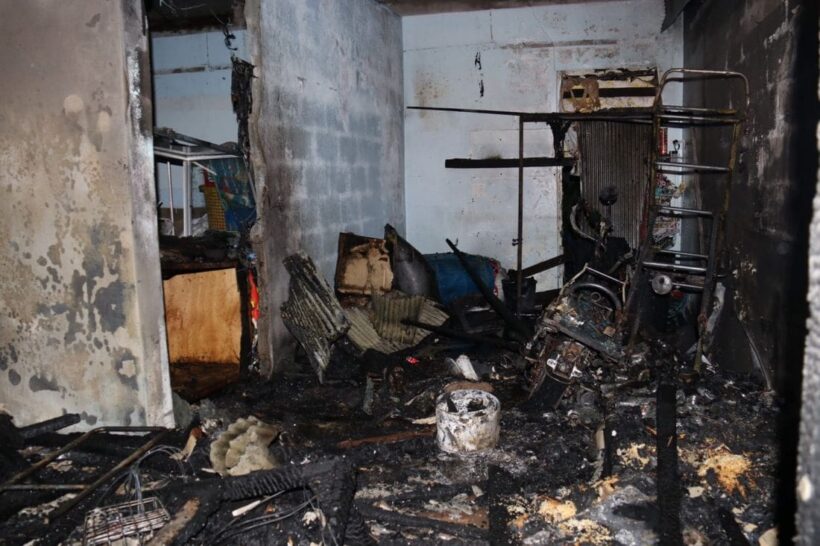 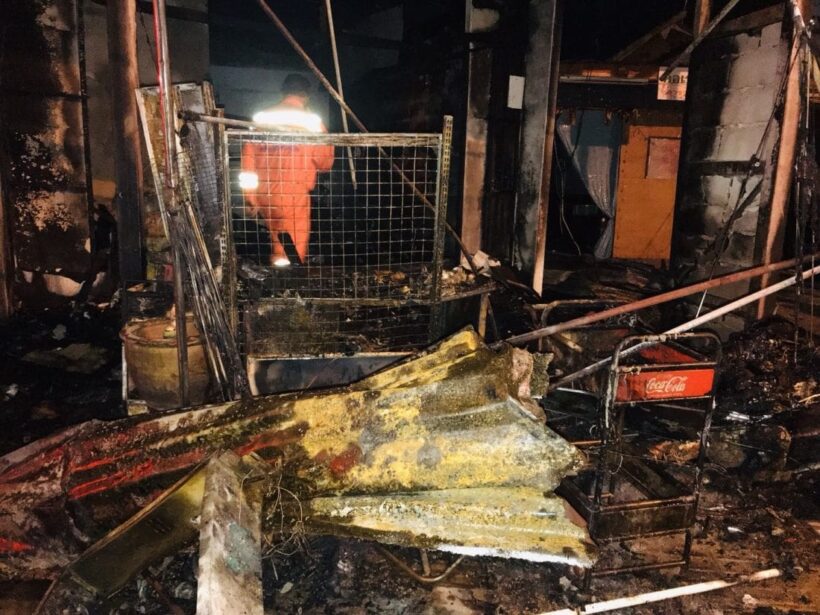 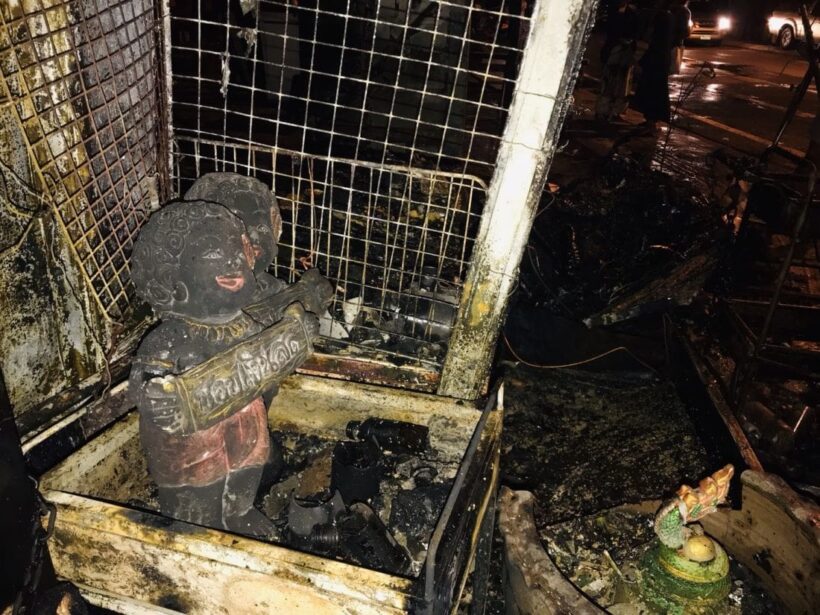 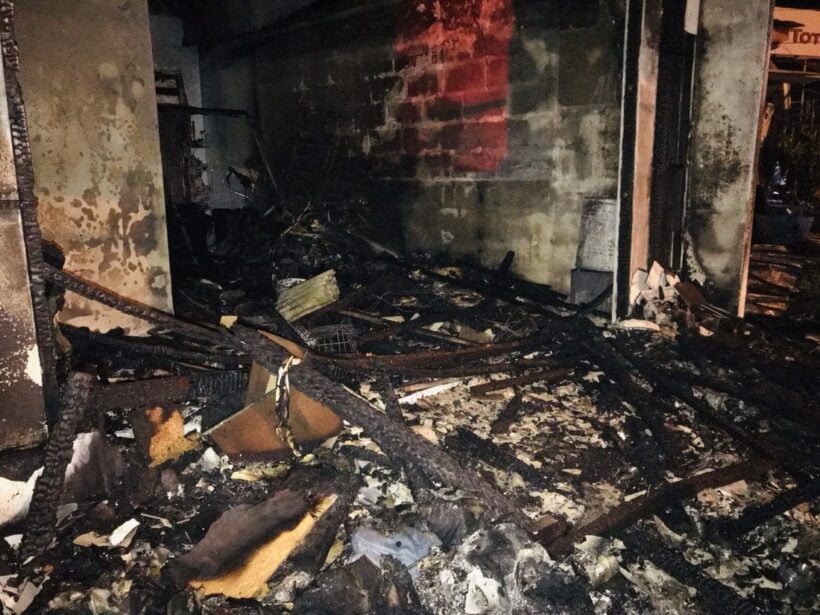 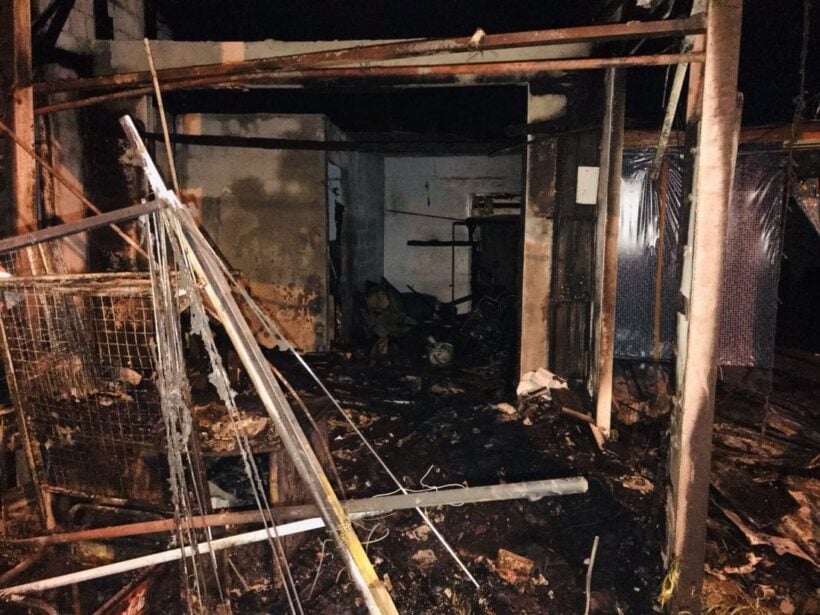 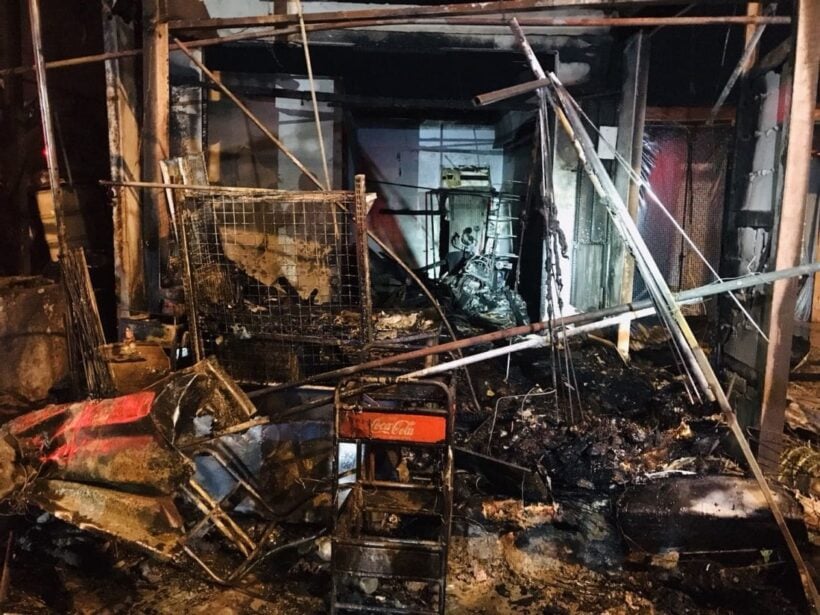 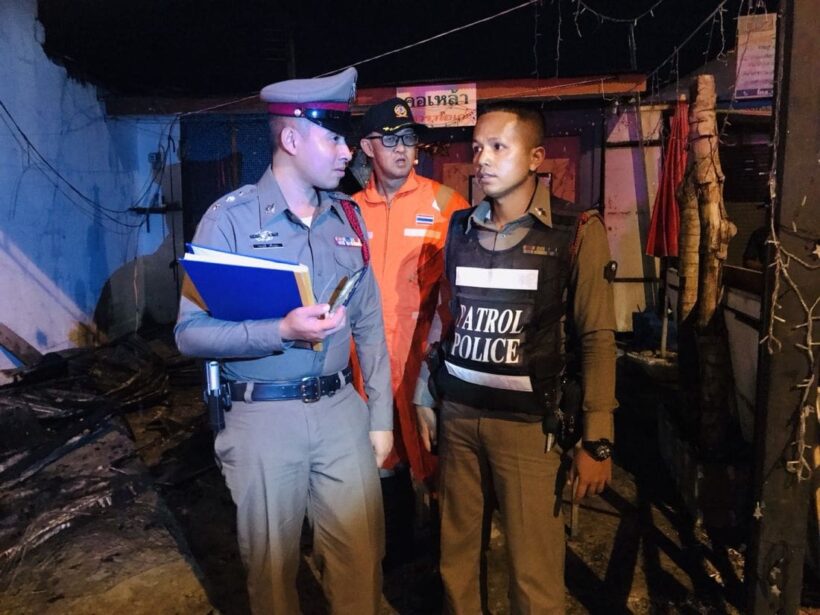 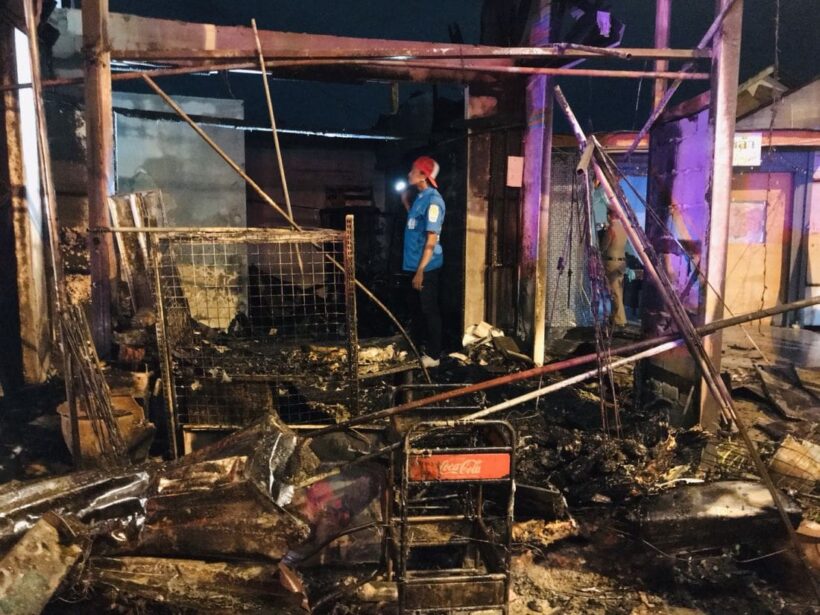