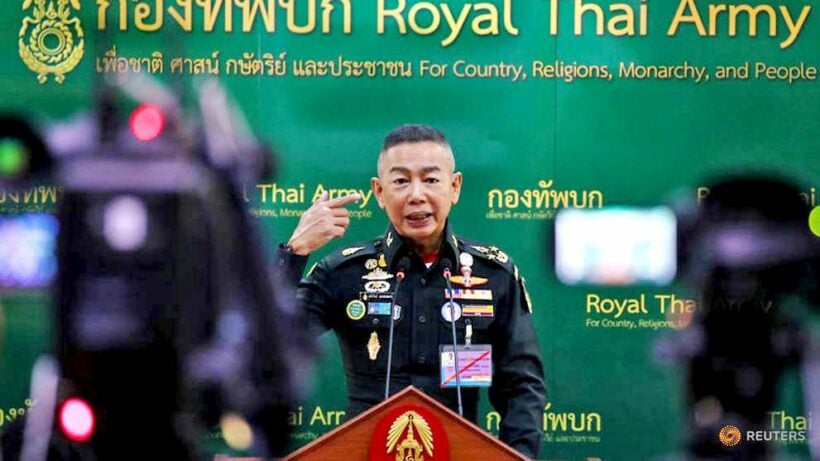 The Thai Army chief’s attempt to scare politicians from discussing the Army’s budget and reform by indirectly calling them “enemies of the state” has backfired.

Many Thais have emerged with additional proposals for reforms of the military, and others are protesting the chief’s invocation of the jingoistic military anthem.

Political critics and social media yesterday largely voiced the opinion that the Army, which often intervenes in politics, deserves a budget reduction and reform.

Social activist Veera Somkwamkid wrote on his Facebook page that he agreed with the policy proposal to cut the defence budget.

“It is a source from which high-ranked officers could unlawfully seek benefits.”

“The cut should not affect ordinary military officers because we’re not cutting their salary,” Veera said, adding that the surplus from the cut could be allocated to other areas such as public health and education.

Junta critic and leader of Seree Ruam Thai party Sereepisuth Temeeyaves yesterday said his party also proposed to reduce the size of the Army and would reallocate the funds to improve the quality of people’s life.

“The Army is part of the problem facing the country, especially in the past five years since the coup. If I get a chance to run the country, I will abolish conscription and disband the unnecessary units including their headquarters and the court.”

“We’re not at war. These are not necessary,” he told an election rally in Prachuap Khiri Khan. 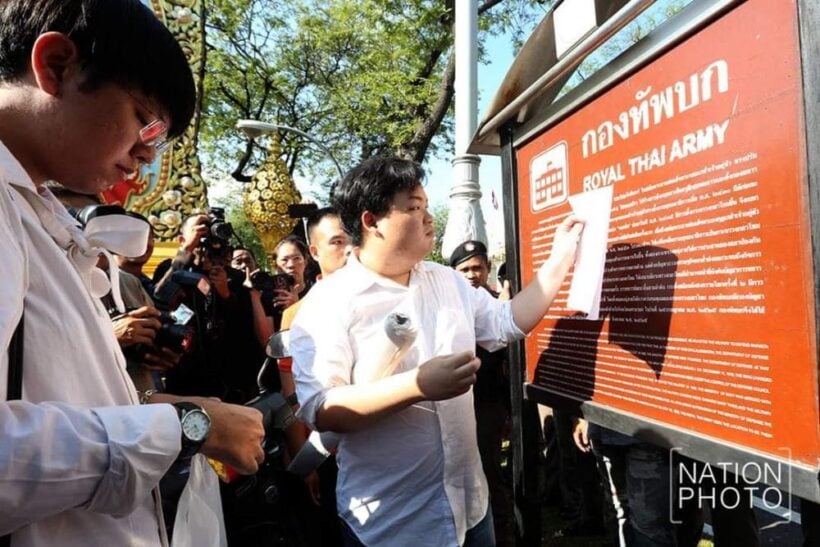 The criticism follows the Army chief General Apirat Kongsompong instructing politicians to listen to the anthem “Nak Paendin” (“worthless”) if they were planning to reduce the defence budget or nullify conscription.

“Nak Paendin” was part of right-wing Thai propaganda in 1970s aimed at the communist movement in the country.

The lyrics labels leftists as enemies of the state that needed to be eliminated. A favourite of ultra-nationalists, it is viewed by many others as hate-filled and divisive.

Following heavy public criticism concerning both the need for Army reform and the Army’s chief’s aggressive reaction, a military spokesman yesterday came out to defend its controversial budget.

While the public appears sceptical of the relations between the military backed government and the rising defence budget, the spokesman Lt General Kongcheep Tantravanich said the allocation was proportionate.

The budget rise (from 183 billion before the 2014 coup to 227 billion baht this year) was also proportionate to the national budget’s overall increase, he said. In fact, he insisted, it had been reduced by some 5 per cent in relative terms. A budget cut would affect numerous security units and their work, including disaster relief units, he said.

Army chief General Apirat Kongsompong has not responded to the criticism or commented about the reaction to his comments on Monday.