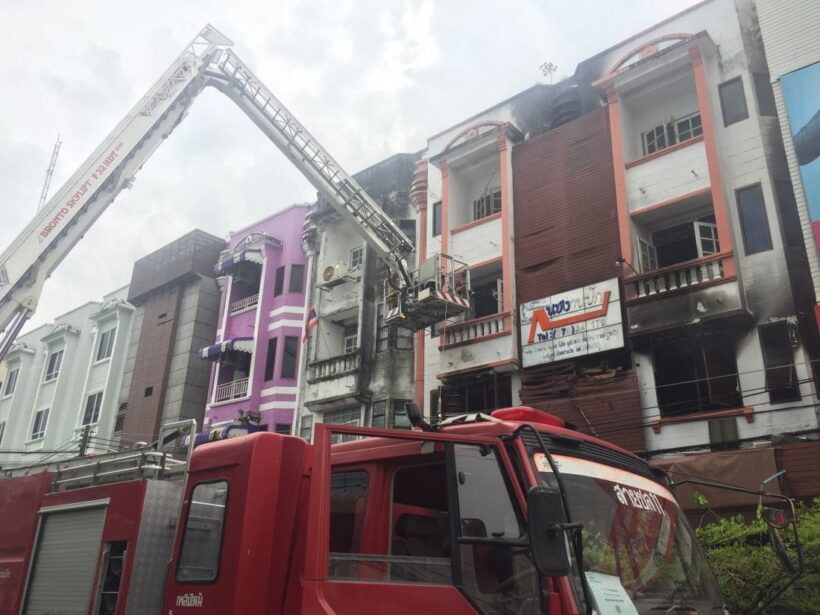 A fire has damaged an embroidery shop in Phuket Town yesterday afternoon. The damage bill is estimated about many hundred thousand baht. The Thaiger 102.75 FM has its transmitter and tower on the same building. The radio station was off air until 11am this morning as the power had been cut as a precaution.

Firefighters were notified of the fire at 4.45pm yesterday at an embroidery shop in Poonpon Night Plaza in Phuket Town.

The Phuket City Police, emergency responders and firefighters arrived at the townhouse to find a second level ablaze. Nearby residents were running out.

It took about 15 minutes to control the fire. Many rooms inside the building suffered damaged. No injuries or deaths were reported.

The owner of the shop told police that the shop was open at the time and the staff were working on the first floor. They hadn’t realised the second floor had caught fire as the sound of machinery was too loud.

Neighbours ran in to tell them that smoke was coming out from the building. All staffers immediately escaped from the complex.

The damaged cost is estimated at hundreds of thousand baht. Police are continuing their investigation to find the cause of fire.

Phuket gears up for Christmas and New Year festivities