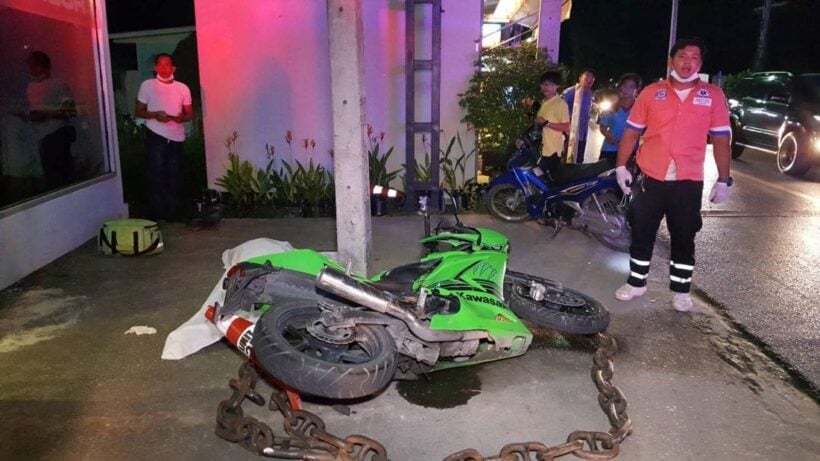 A British male motorbike driver has died after colliding with a power pole in Soi Ta-iad (Soi Steroid) in Chalong.

The Chalong Police were notified of the incident at 8.40pm last night at an electricity pole in Soi Ta-iad.

Police and Emergency responders arrived to find a Kawasaki Ninja 250CC motorbike crashed on the road near the power pole.

The body of a foreign man, identified as a 32 year old, British national from Stornoway, UK, was taken to Vachira Phuket Hospital.

Witnesses told police that the motorbike was heading from Chao Fa East Road along Soi Ta-iad. When he came to a curve at high speed he lost control and collided with the power pole.

Police are continuing their investigation. The Thaiger has the man’s name but the consulate has not been advised at this stage.

120 foreign tourists being brought back from Koh Racha – Pabuk