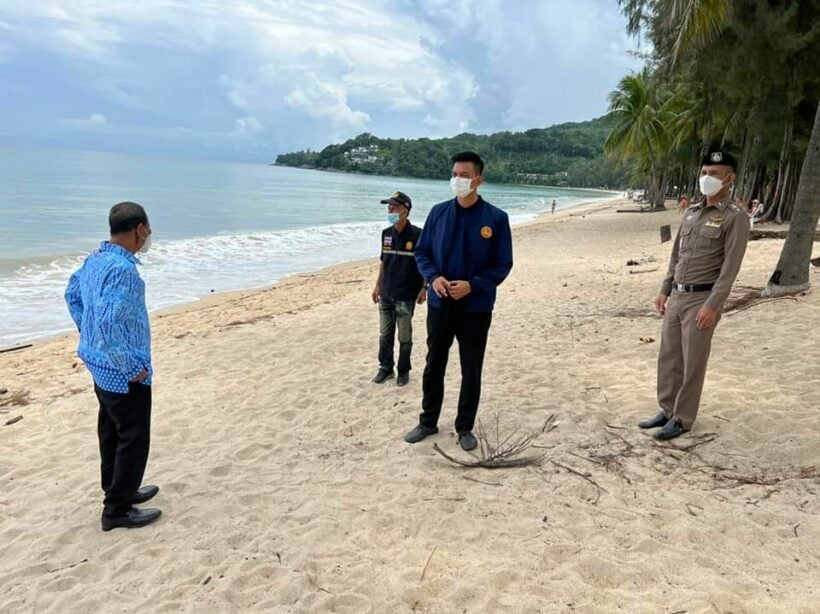 After an 8 year old Thai-Ukrainian boy was injured in a suspected shark attack on Tuesday, Phuket’s Kamala Beach was cleared of swimmers for lifeguards, police and officials to patrol. The chief of Kathu district told The Phuket News that there were still beachgoers, and the patrol was meant to warn tourists to be careful of ‘aquatic animals’. But photos showed that there were hardly any beachgoers.

It’s still not confirmed whether the animal that bit the boy was a shark, or something else. Locals and sellers who witnessed the incident believed that it could have been a seapike fish, or a species of barracuda. Tourists have reportedly been attacked by these types of fish in the past. In 2017, Phuket’s governor said it was a barracuda that attacked a Japanese man, forcing him to get 50 stitches.

But after Tuesday’s attack, the island province’s leading marine biologist Dr. Kongkiat Kittiwattanawong insists it was a small shark that bit the young boy. He added, however, that it is not confirmed which shark species it was.

“It’s very unlikely to have been a blacktip shark due to the nature of the attack being very violent. The injuries are believed to be caused by a bull shark.”

Dr. Kongkiat believes the Japanese man attacked in 2017 was also attacked by a shark, even though Phuket’s governor at the time said it was a barracuda. One of Kamala Beach’s lifeguards said that if news goes out that the recent attack was a shark attack, there will “for sure” be an impact on tourism in the area. He said there won’t be an impact on tourism if it’s reported as a barracuda bite.

Giltee
What an unbelievable statement that "If news gets out it was a shark attack it’ll effect tourism in the area.” So better to say it was something else. Unbelievable that that’s all that matters is money. Hang your head in…

BigHewer
Sounds like the opening plot in Jaws. The local authorities in Amity Island had a similar reaction.
HolyCowCm
Yeah but he will say it was a baby shark so nothing to worry about. Now just saying Bull shark is false, as aren't there supposed to be an occasional Tiger shark around as well? thyte might as well say…
tnicholls67
Was it really necessary to state this boy was part Ukrainian or was this to link to a bigger story to speak to more readers 🙄 Oh and “Animal bite” hello! Beach, Sea, what did you think it was, Thailand…