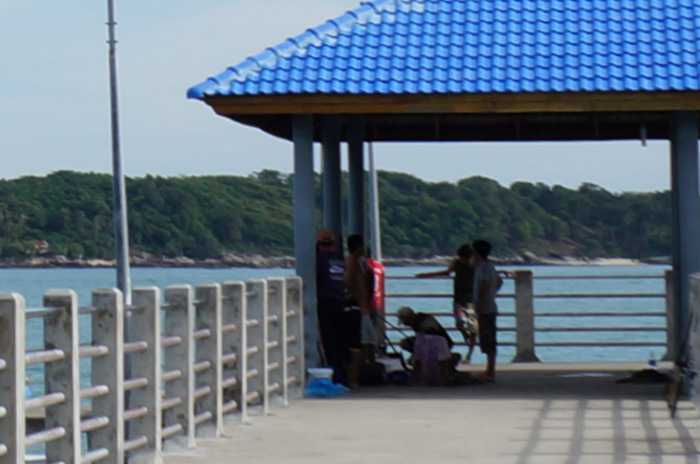 PHUKET: Officers are treading warily as they investigate reports of sea gypsy child prostitution and youth drug abuse at Phuket’s Rawai Pier. The pervading fear among all departments involved is that any direct confrontation could drive the children deeper into a world of crime.

Pimporn Khorsantiwichai, director of the Phuket office of Social Development and Human Security, confirmed to the Phuket Gazette that welfare officers have spoken to villagers in confidence about the issue.

“We talked to parents who have young children about the problems. We are taking action, but it has to be done very carefully – step by step,” Ms Pimporn said.

Reports that children and teens at the sea gypsy village in Rawai were providing sexual services in exchange for money to buy drugs raised fears that the minors were entering a downward spiral of drugs and prostitution, with girls as young as 10 reportedly taking part in the illicit transactions (story here).

“We do not want to enforce the law over this sensitive issue,” she told the Gazette. “We have explained our concerns to the villagers so that they are aware of the problems and the consequences.”

“However, we cannot fix the issue alone. We have been in touch with Rawai Municipality officers to help keep an eye on the children and the community.”

“We have spoken with villagers – the parents, village elders and their community leader – and asked them to help us,” he said.

“Our job is to help the community. We cannot just jump in if they do not allow us, and this is a very sensitive issue.

“We asked the villagers to let us know if they see anything wrong, and not be afraid of talking to officers,”

However, the sea gypsy community leader last month confirmed that community members were afraid of violent repercussions from drug dealers if officials were directly contacted.

The Phuket Office of Social Development and Human Security can be contacted through its One-Stop Crisis Center hotline Tel: 1300 or calling the office at 076-240414.