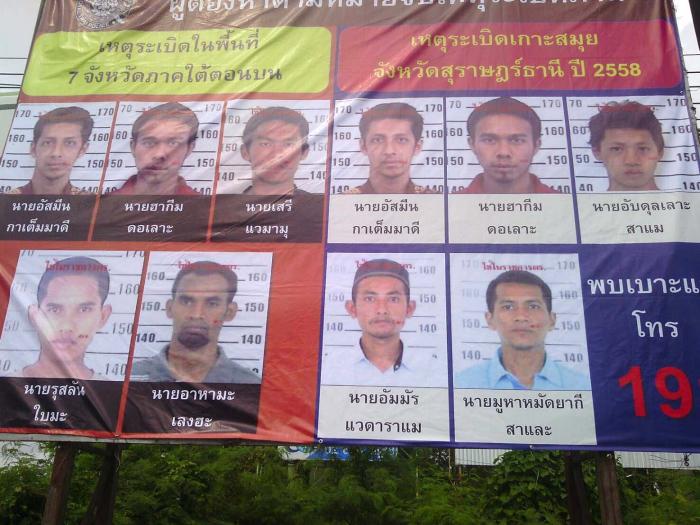 PHUKET: Wanted posters with photographs of the August 12 bombing suspects (story here) as well the suspects of the Samui bombing last year (story here) were put up in four hot spots on the island yesterday.

The four 3×4 meter posters show pictures of the eight suspects. The general public is being urged to contact the 24-hour hotline on 191 if they see anyone resembling the photos on the posters.

Two posters were put up at the Tah Chat Chai checkpoint for inbound and outbound motorists to see. A third was put up at the Phuket International Airport junction and the fourth erected at the Kathu junction just before Patong Hill.

Two of the suspects are believed to have been involved in both incidents.