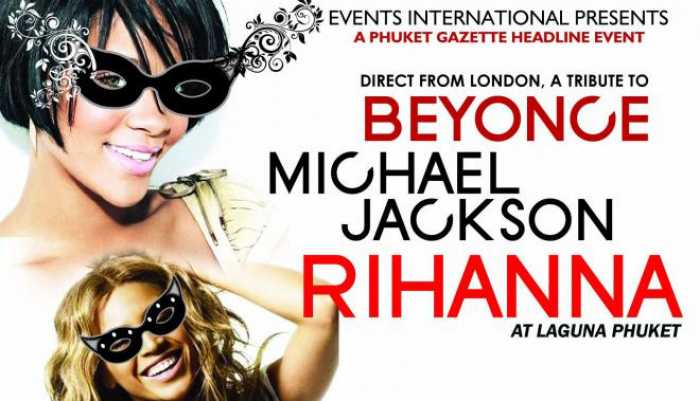 PHUKET: Triple Tribute, a spectacular show straight from London, arrives in Phuket on Saturday with the infectious music of Michael Jackson, Beyonce and Rihanna at Laguna.

“Sasha Fierce” named after Beyonce’s third hit studio album I am… Sasha Fierce, will be a ferocious, up-tempo spectacular, featuring all of her unforgettable music performed by a selection of talented singers. Prepare to be wowed by powerful vocals, explosive dance routines and stunning costumes, as the show works its way through hit after hit. 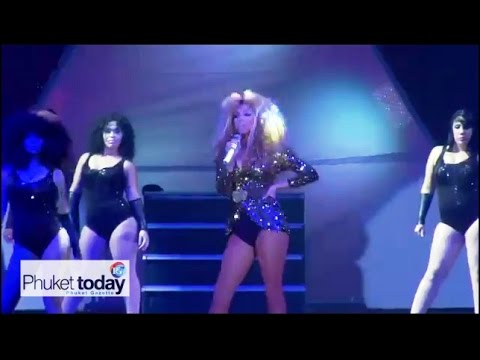 Next up is “Good Girl Gone Bad”, a spectacular tribute to Rihanna. The high-energy set will include all her chart-topping hits, culminating in the incredibly infectious track, Umbrella, featured on her 2007 hit album. Also in the show will be her memorable collaborations with artists like Eminem, Calvin Harris and Jay Z.

However, the show stopper will be a tribute to the “King of Pop” Michael Jackson performed by Signature – featuring the magical duo Suleman Mirza and Madu Singh from the United Kingdom.

Signature’s first big success came in 2008 when they performed on the hit TV show Britain’s Got Talent and were runners-up in the show’s final broadcast live to a record-breaking 19 million viewers. They received praise from the show’s three judges Simon Cowell, Amanda Holden and Pierce Morgan, and were huge favorites with the audience.

The duo were also given the official stamp of approval by Micheal Jackson himself. On March 5, 2009, Suleman had the honor of meeting Michael Jackson at the infamous London press conference to announce his final “This is It” tour. Suleman was one of the very few people who had the privilege to meet the icon of pop star, and it was here that Micheal said, “I like what you do”.

Signature have a prolific, dynamic and versatile performing style. The combination of Suleman and Madu’s Michael Jackson moves really set them apart from other dance acts. They bring a whole new energy and innovation to the stage, as well as to the medium of live performing.

With over 300 shows worldwide, Triple Tribute in Phuket is an event not to be missed. Held at Laguna Phuket on November 15, it’s a spectacular show – great for all ages – and you get three artists for the price of one!

Events International and the Phuket Gazette are proud to bring the island Triple Tribute.