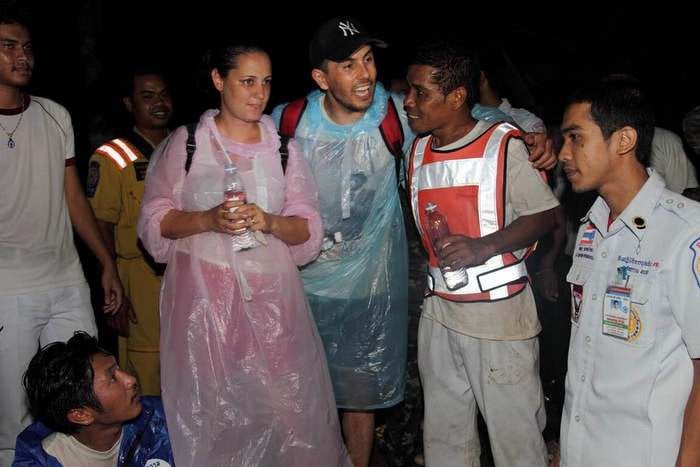 PHUKET: A Turkish couple was rescued after spending nearly nine hours on their own in the jungle in Khao Phra Thaew National Park on Saturday.

Bulent and Pinar Burak, both 34, were on their way to the Wildlife Sanctuary when they got lost in the park. They then called Palm Beach Hotel in Patong, where they were staying, to ask for help.

“Police went to the scene at about 7:10pm after being notified by hotel staff. We found a white Honda Click in the parking lot which had been there since the couple entered the park at about 1:05pm that day,” said Lt Watcharawit Kraiyuth of the Phuket Tourist Police.

“We split into two search groups. One searched between the Wildlife Sanctuary and Ton Sai Waterfall, and the other searched around Bang Pae Waterfall.”

“It was very hard to locate the couple. Their mobile phone battery had died, so we were not able to call them,” he said.

Finally, at about 10:50pm, the rescue team located the very weary and thirsty couple.

“Police gave Mr and Mrs Burak some water and led them out of the park. We finally arrived at the parking lot near Bang Pae Waterfall at about 12:20am,” said Khao Phra Thaew National Park Chief Pongchart Chuehom.

“Officials tried to take the couple to hospital, but Mr and Mrs Burak insisted that they felt fine and just wanted to be taken back to their hotel.”

The very grateful couple were taken back to Patong by minivan and their rented bike was returned to its owner by police.