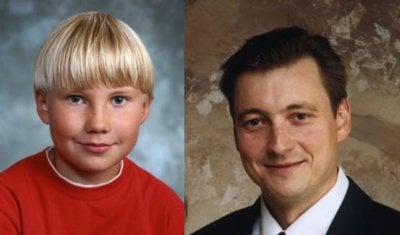 PHUKET: The family and friends of a Finnish man and his son who were listed on an official website as having survived the tsunami, but who have not returned home, have appealed for help in finding out what has happened to them.

Michael Gustafsson and his nine-year-old son Alexander were posted as “Swedish” and “Go Home” on the Phuket City database of people missing, injured or killed in the tsunami.

They were last seen by the swimming pool of the Blue Village Pakarang Hotel, in Khao Lak, when the tsunami hit. Although they were seen running away from the waves, their family has heard nothing from them since then.

Michael’s wife and Alexander’s mother, Carola, has since returned to Finland with her daughter and her other son, who is still recovering in hospital from serious leg injuries sustained during the tsunami.

In an email to the Gazette, family friend Ann Lindberg said that neither the Swedish police nor representatives of the Swedish Embassy had been able to establish what has happened to Michael or Alexander.

“All we know is that they haven’t returned to Finland,” she said.

Ms Lindberg’s descriptions of Michael and Alexander are:

Ms Lindberg can be contacted at Email: torigirls@hotmail.com

Bypass road to close for construction