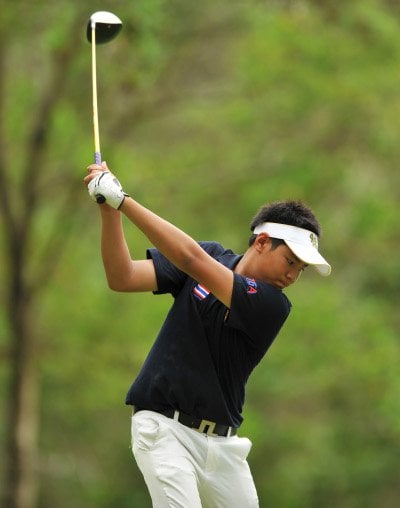 The four-day competition, for boys and girls between the ages of nine and 17, starts on Wednesday.

Play culminates with the final round on Saturday, when the regional junior champion will be crowned.

Top-ranked juniors in each age group will qualify to play in regional and international tournaments.

This week’s event in Phuket will carry greater ranking points due to the fact the best junior golfers in the country will be competing.

Up to 60 Phuket junior golfers are expected to take part, with the remainder from other parts of Thailand.

One player who will be looking to maintain his excellent recent form at Phuket Country Club will be 14-year-old Pariwat Pinsawat.

The teenager played some excellent golf last weekend at the same venue to win the PCC-Mazda Championship Cup.

Not only did he lift the prestigious Amateur Cup, he also went home with a brand-new Mazda2 car after firing a hole-in-one at the course’s 14th hole.

Pariwat will be one of the highest ranked in the 13 to 15 age bracket, but is not expected to have it all his own way this week against several rivals of similar ability.

This will be the first time the Junior Golf Regional Championship has been staged in Phuket and is further evidence of the hard work being done at junior level on the island, particularly by Prachuab Subcharoen, Thai Golf Association Representative for Junior Golf in Southern Thailand.

Phuket Governor Tri Augkaradacha is expected to preside over the opening ceremony on Tuesday at 5pm, alongside the President of the TGA.

This week’s event runs from December 8 to 11. Entry to watch the action is free.