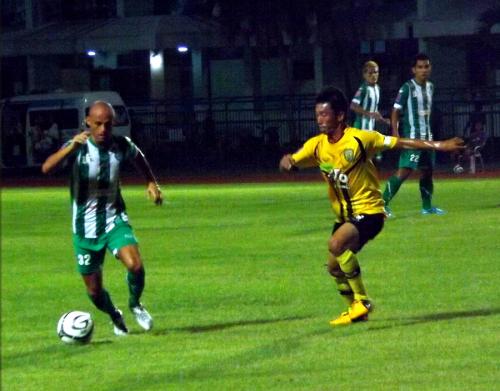 Phuket wasted a number of chances throughout the game and the match looked destined to end 0-0, until Dudu scored his last gasp winner with one of the last kicks of the game.

The Southern Sea warriors are joint top of Yamaha League One on 15 points after seven games, but their inferior goal difference compared to PTT Rayong FC and BBCU FC keeps the team in third place. Khon Kaen FC dropped down to 15th place after the defeat.