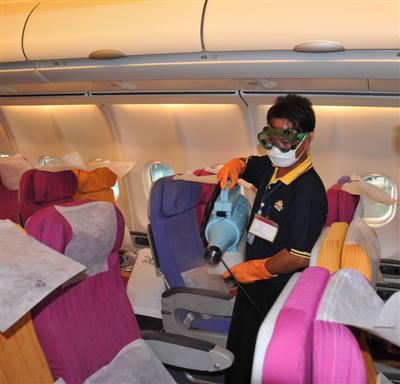 PHUKET CITY: In a move that could provide some help to Phuket’s summer season tourism prospects, Thai Airways International (THAI) has announced the introduction of direct flights between Bangkok and Oslo, Norway.

The service, to be inaugurated on June 15, will make THAI the first southeast Asian carrier to serve passenger demand between Norway and Thailand.

The direct flights will be operate five days per week (Monday, Wednesday, Friday, Saturday and Sunday) with an 11-hour flight time.

THAI has also implemented measures to prevent the spread of influenza A (H1N1), as a precaution for passengers using its facilities, its Senior Executive Vice President Narongsak Sangapong said in a press release.

The carrier’s Crisis Management Operations Center will serve as a coordinating unit to implement safety measures internally and with government agencies.

The measures are built upon the same principles that THAI implemented during the Severe Acute Respiratory Syndrome (SARS) pandemic, he said.

Norwegian tourist arrivals to Thailand are typically double during the high season.

In 2007, the last year for which figures are available from the Tourism Authority of Thailand, 7,163 Norwegians visited Thailand in June compared to 14,052 in January.