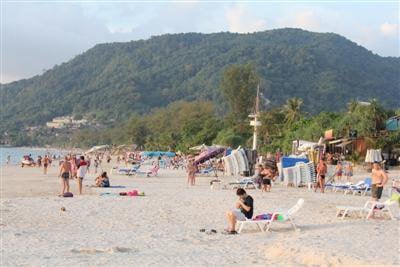 PHUKET: Phuket tourism industry leaders are calling on the local media not to exaggerate in their reporting of the recent seismic activity in Phuket, as doing so could adversely affect the local economy.

Phuket Tourist Association President Somboon Jirayus said yesterday that tourists from places like Japan and parts of Europe where earthquakes are common were more likely to view the tremors as a natural event that could happen at any time and were less likely to panic as a result.

“Effective warnings and evacuation plans are the most important thing in maintaining confidence among tourists,” Mr Somboon said.

The domestic market was especially vulnerable, especially at this time of year that typically marks the onset of the monsoon season and the “low season” for tourism in Phuket, he said.

“Thai people might panic because they aren’t familiar with earthquakes,” he said.
He called on the media to be more accurate in reporting tremors, which have yet to cause any direct injuries or severe structural damage on the island.

“Exaggerated information could negatively impact tourism, not only in Phuket but across the Andaman Coast provinces,” he said.

Kritsada Tunsakul, Managing Director of Royal Palm Hotel in Patong, confirmed that many Singaporeans had canceled reservation recently citing unease following reports of earthquake activity both off the North of Sumatra and in Phuket.
“In a short term the earthquakes have affected our room reservation rate, but if they taper off soon these rates should begin to return to normal,” Mr Kritsada said.
Seismic activity will inevitably lead some people to panic, he said.

“Although people have enough time to move to higher ground before the waves would reach Phuket, their misunderstanding and confusion usually leads to chaos,” he added.

An official evacuation of risk areas was ordered after a 8.9 Richter scale quake hit off the coast of Sumatra last Wednesday afternoon.

However, many residents and tourists also scrambled for safety after a 4.3 tremor centered in Thalang shook homes and hotels along the coast on Wednesday afternoon – even though there was no real threat of inundation.

Mr Tunsakul called on local administration organizations and related agencies to better educate local people and about tsunami risks and further develop their confidence in the warning system so that they can pass along better information to tourists and avoid unnecessary panic.