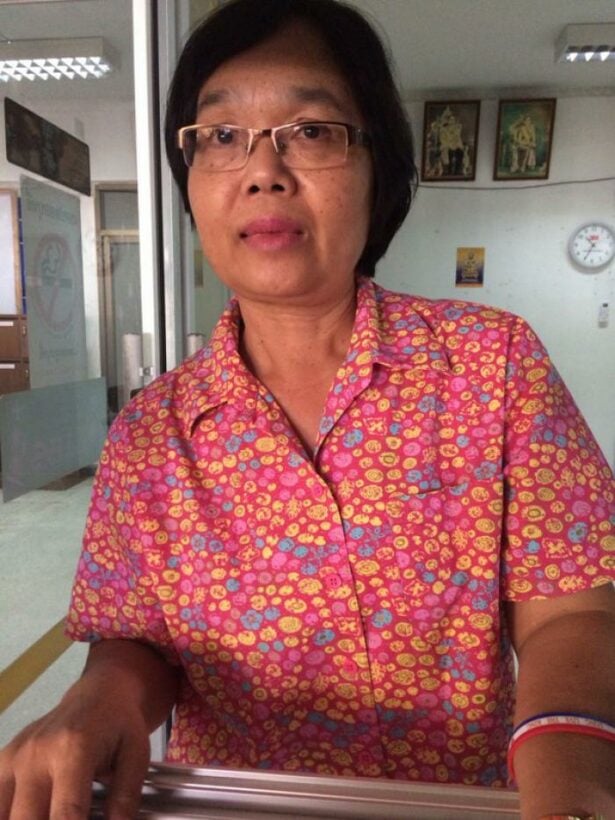 PHUKET: A snake made its way into the ID card section of the Thalang District Office yesterday, causing people waiting in line and officers alike to run screaming from the building.

“I saw the snake go into the ID card section, where a lot of people were queued,” said Chief Administrative Officer Sakorn Liponkate.

“I shouted a warning and everyone ran out, and they started yelling to warn everyone else,” she said.

Ms Sakorn called Kusoldharm rescue workers for help. When they arrived, she was at a loss to direct them.

“Unfortunately, we all ran out so fast we didn’t notice where the snake went,” she added.

“We spent over three hours searching the building. We even brought in a small king cobra. We had been told the snake on the loose was huge, and we thought we could use the cobra as bait to tempt it out,” said a rescue worker.

That ploy failed. Rescue workers went back to the ID room and an hour-long search finally turned up the snake near the photo-shooting desk.

“It was a 1.5-meter long Radiated ratsnake. It’s not dangerous to people – it’s not venomous and eats rats,” he said.

The snake was taken to the wild and released, but only after the waiting crowd had a chance to be photographed with it.