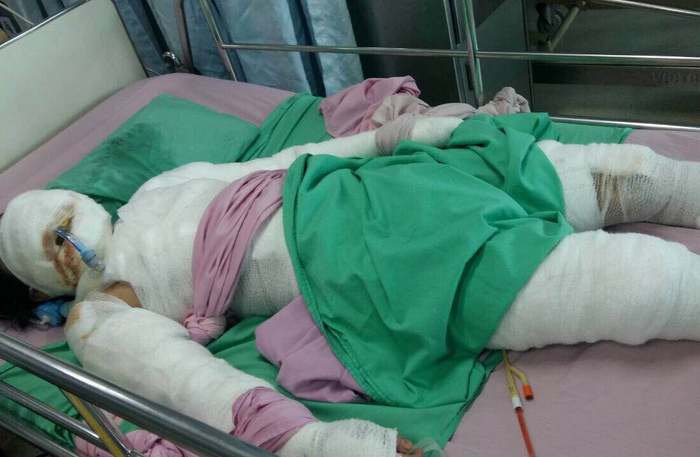 PHUKET: A Myanmar woman remains in hospital today with serious acid burns to 90 per cent of her body, including her eyes and ears, after she was attacked by a friend on Wednesday.

“Witnesses told us that Ms Ta Zin Moe had been waiting outside Ms Ka Ta’s home for her to leave for work,” said Lt Col Sutthichai Thianpho of the Patong Police. “When she saw Ms Ka Ta, Ms Ta Zin Moe attacked her with the acid.”

Ms Ka Ta was rushed to hospital, while Ms Ta Zin Moe was apprehend at her rental home in the Karn Ke Ha community.

“Based on CCTV evidence we were able to get an arrest warrant for Ms Ta Zin Moe,” Col Sutthichai said. “She confessed to the attack.”

The woman explained to police that she and the victim had been best friends, but Ms Ka Ta had gotten her fired by telling their boss ‘bad things’ about her.

“She was furious, and decided to attack Ms Ka Ta,” Col Sutthichai explained.