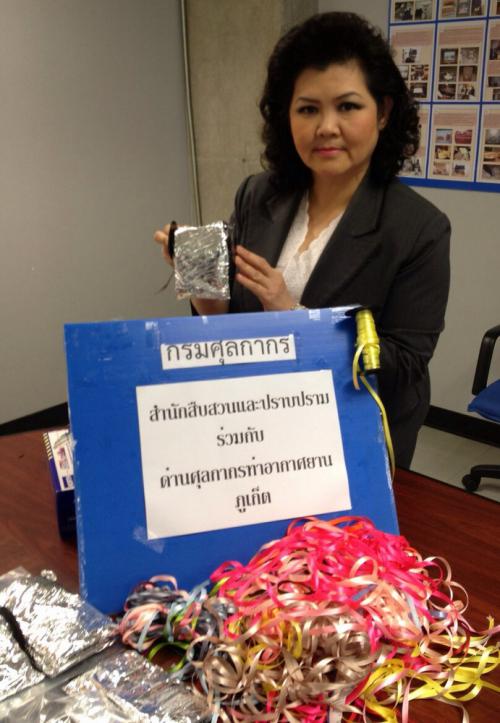 Acting on a tip-off from the US Drug Enforcement Agency (DEA), Customs officers from Bangkok came to Phuket to assist in the arrest, Phuket Airport Customs Director Montira Cherchoo explained.

“When he arrived, we x-rayed his luggage and found 3.165 kilograms of cocaine in a black plastic bag. The cocaine was foil-wrapped, attached to spools of ribbon with black tape, then covered in ribbon,” she said.

Mr Florin confessed to being paid 3,000 euros – more than 120,000 baht – to smuggle the cocaine into Thailand, Ms Montira said.

“He was escorted to Bangkok where he will face charges of possession and trafficking in a Category 2 narcotic with intent to sell,” she added.