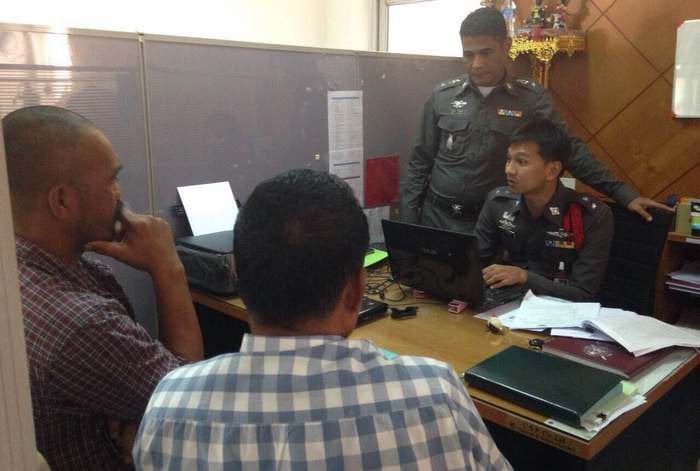 The teens – named by police only as “Yu”, age 15, and “Phong”, 16 – surrendered to Kamala Police Superintendent ML Pattanachak Jakkapan and Lt Col Sophon Borirak at about 4pm.

“They said they were very upset after Mr Svegsjo’s car allegedly tried to squeeze past their motorbike,” ML Col Pattanachak told the Phuket Gazette.

Bo Jonas Daniel Svegsjo, 38, and his passenger, Chaiyanan Boonpa, were driving from Cherng Talay to Kamala on Monday when a motorbike carrying the two teenagers allegedly overtook his vehicle on a narrow road.

After honking his horn at them, the teenagers sped ahead and stopped to pick up rocks to throw at Mr Svegsjo’s car as it passed by.

The victims were able to provide police with clear photos of the culprits in action.

However, police believe the incident was just a matter of angry teenagers trying to intimidate.

“As they are minors, they will be charged in a juvenile court with damaging another person’s property,” said ML Col Pattanachak.

Mayweather vs Pacquiao “Fight of the Century’ to break records