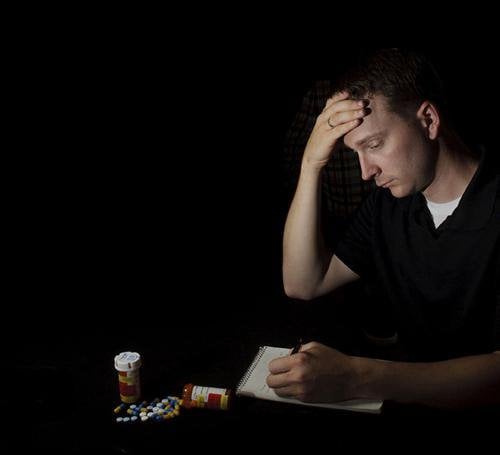 Suicide rates have increased 60 per cent worldwide over the past 45 years, according to the World Health Organization. Phuket is not immune, but there is help available for those in need. The Phuket Gazette’s Leslie Porterfield reports.

PHUKET: KHEMMANIT Jantharaapa was 38 years old when she walked onto Thao Thepkrasattri Bridge in tears on April 24. She took off her shoes and placed them next to her bag before jumping over the side.

A frantic effort by locals led to her being fished from the waters. Despite rescue worker’s efforts, Ms Khemmanit was pronounced dead on arrival at Thalang Hospital.

“She was crying and asked me to take her to the bridge to meet her friend. I said I couldn’t, as I had other errands to run, so she decided to walk alone,” local resident Arun Wanayao said.

“I went back to see her, but I couldn’t find her. I went looking for her and rode my motorbike to the area under the bridge – and I saw her jump,” he said.

In March an American man in Baan Manik, distraught after an argument with his girlfriend, tried to kill himself by cutting his throat.

It can be scary when a friend is thinking about suicide. Click here to enlarge image.

He called his girlfriend to tell her what he was doing, and she notified police.

He was taken to the hospital, where he refused the stitches that doctors recommended and asked to be released.

On December 31, a 21-year-old Australian admitted to Patong Hospital with anxiety and depression also refused treatment. He left the hospital and later that day jumped from his ninth-floor hotel room to his death.

The Gazette reported on 17 possible suicide attempts from March 2012 to February 2013. Eleven attempts were successful, or in the mental health parlance, completed.

Six of those who tried to take their lives were westerners – three tourists and three expats – nine were Thai, one was Burmese and one was a Filipina. Only one was a woman.

Worldwide, more men than women commit suicide, according to statistics from the World Health Organization (WHO).

Love problems were cited as possible motives in nine of the cases reported by the Gazette; one was pinned to financial problems; in three cases the individuals involved were described as mentally unstable; and in four cases the motives were unclear from reports.

Bruce Stanley, the American warden who has been helping visitors and expats in Phuket for over 20 years, believes destitution is often the cause of expat suicides in Phuket.

“A few years ago, one man told me he couldn’t go home because he was wanted for something. Another fellow didn’t have any family. You get a lot of people who don’t have a safety net,” he said.

Who is at risk? Click here to enlarge image.

“The Phuket Public Health Chief, Dr Bancha Kankong, says the suicide rate in Phuket – 6.1 per 100,000 people – is not critical. Lamphun has the highest rate, according to the Thai Department of Mental Health’s website, at 15.58 per 100,000.

It should be kept in mind that the WHO says the “reliability of suicide certification and reporting is in great need of improvement.”

“People don’t know there’s help for them,” Mr Stanley explained to the Gazette.

“Consuls will all help people. One of the ways they can help is by contacting next of kin. The family often will fly over here if they have the resources,” he said.

As for medical treatment on Phuket, Mr Stanley said that it’s difficult to get prescriptions for drugs to treat psychotic and bipolar disorders in Thailand.

“In America we have drugs like Prozac, but here it’s a lot more challenging to get them. If people are psychotic or bipolar, they can’t just go in to the doctor and get them – they have to go through a process. And when you’re psychologically stressed, you don’t have the patience to go through it.

“Hospitals [in Phuket] are often not helpful. There was a suicidal fellow a couple of years ago who got checked into a hospital under observation, and they put him on the top floor in a room with a balcony, and as soon as the nurse left the room he jumped ,” he said.

Mr Stanley explained that he sends people to the International Office at Vachira Hospital.

“There’s a woman there named Methevee Maneesri. She can get all kinds of services for people who are suicidal, and for virtually no fee,” Mr Stanley said.

There’s a psychiatric hospital in Surat Thani [Suan Saranrom Hospital] where they send people who are suicidal, and they’re given free treatment,” he added.

Mr de Crissey strongly recommends coming to Thailand with insurance because medical expenses can quickly pile up, causing serious financial issues which can exacerbate other problems.

“I think the Thai government should require it,” he said. “It’s so important. If a visitor doesn’t have it, they could be asked to sign a contract on arrival.”

If people have psychological problems and don’t have insurance to pay for treatment, their condition can become dangerous, he said.

Martin Carpenter, the UK Honorary Consul, agreed and strongly suggested having a Phuket branch of Samaritans – an organization of volunteers available to discuss and help callers with any issue, not just suicide.

The Bangkok office of Samaritans confirmed that they offer both telephone and email services in Thai, English and occasionally in Mandarin and Cantonese.