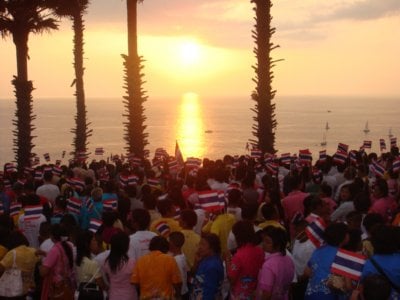 RAWAI, PHUKET: A recycling campaign launched by Rawai Municipality will include the removal of public garbage bins from streets and the introduction of fixed collection times.

“The municipality has an ongoing campaign encouraging both local residents and tourists to sort their trash prior to collection. Now we are launching a recycling campaign, income from which will be used to fund environmental protection projects,” he said.

Some of the income generated from the sale of recyclable materials would also be used to fund local kindergartens and activities at the local mosque, he said.

As part of the campaign, the municipality will stop putting trash cans by roadsides and will instead adopt fixed collection times when residents should bring their garbage for collection, he said.

Similar strategies are already in place on other parts of the island, such as Patong.