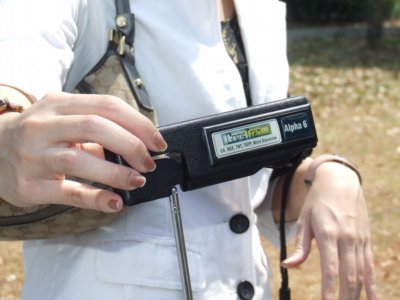 TAH CHAT CHAI, PHUKET: Phuket Governor Wichai Phraisa-ngop has approved the purchase of two state-of-the-art detection devices, one for explosives and the other for contraband. The devices will be used at the Tah Chat Chai checkpoint.

The Alpha 6 detectors, which cost around 500,000 baht each, use “molecular resonance” technology to detect the presence of drugs and explosives from up to 300 meters away.

Suthee Sirianun, an officer with the Phuket Department of Disaster Prevention and Mitigation, says that procurement procedures mean that it would take around one month to acquire the devices.

The demonstration showed that the devices were successful in locating hidden drugs around 70% of the time.

Bangkok protests may be breaking up