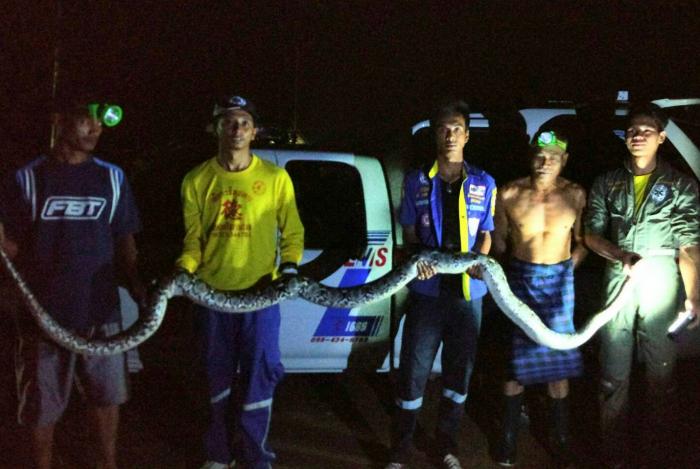 KRABI: Snake catchers yesterday bagged a six-meter-long python outside a house in Krabi, where more than 45 chickens have gone missing this month.

Home owner Suwat Maijan, 55, who has a chicken coop in his yard, called in the snake catchers when he spotted the 20-kilogram reptile slithering away from the coop, leaving a trail of dead chickens behind.

“I had about 50 chickens in the coop but every couple of nights a few of them would disappear so I put up a net around the place, but that didn’t work very well, and now I only have five chickens left,” Mr Suwat lamented.

The snake catchers took two hours to snare and bag the python, before releasing it in the wild, far away from the house, and more Mr Suwat’s five remaining chickens.