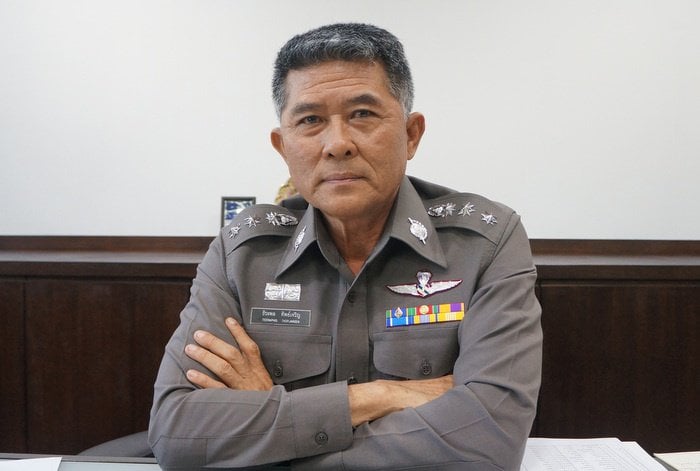 PHUKET: Police officers were given the green light to pull over and arrest anyone suspected of drunk driving in Phuket, after it was revealed that they would now need to make more than 150 drunk driving arrests a month.

The penalty for driving under the influence is up to two years in prison, a 10,000 baht fine or both, confirmed Phuket Provincial Police Commander Teeraphol Thipjaroen at a meeting with the Thai Health Promotion Foundation (ThaiHealth) and concerned officers.

“However, the goal isn’t to catch drunk drivers, it’s to prevent people who have been drinking from getting behind the wheel of their car or handlebars of their motorbike,” Col Teeraphol said.

“High season has started, which usually leads to more road accidents. I want officers at each police station on the island to review areas that are dangerous due to road conditions, gauge the possibility of drunk driving in their area and formulate plans to help prevent accidents.”

To deter drinkers from taking to the road, Col Teeraphol launched a new campaign called ‘Duem Laew Kab Thuk Jab Nae‘ or ‘If you drink and drive, you will get arrested’ at the beginning of last month.

In order to encourage police action, each station has been given a minimum target of driving under the influence arrests.