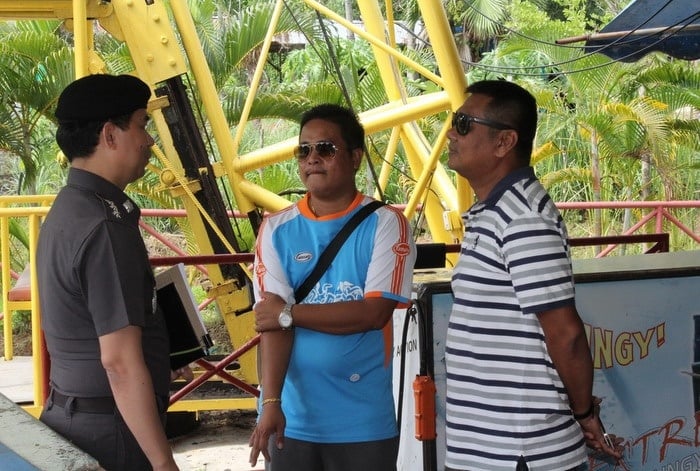 PHUKET: Police are expected to press charges on Thursday against the owner of World Bungy Jump, the site of the death of a 25-year-old tourist last month.

Vinat Chanthornwiboonkul will be charged with reckless endangerment as police continue to investigate the case of Kuwaiti Abdullah Adel Kadhmbadman, who died after jumping from the 30-meter bungy tower (story here).

“Even though we have yet to receive the results of the examination of the equipment from Bangkok, we’ll charge against the owner,” Maj Teerasak Boonsang of the Patong Police confirmed to Phuket Gazette today.

“The appointment to formally charge the owner was originally set for today. However, there were meetings that the police officers needed to attend, so the the date was postponed.”

During the initial investigation, Patong Municipality officers established that World Bungy Jump had not registered or obtained the necessary licences for the equipment, in accordance to a recent change in laws. The facility was forced to temporarily close while officers continued their investigation (story here).

“At this stage, we are not pressing any charges against the owner of the company for not having the proper licences. We will send them a letter asking them to properly register the equipment first,” said Patong Mayor Chalermluck Kebsup. “If they fail to do so, we’ll demolish the facility ourselves.”