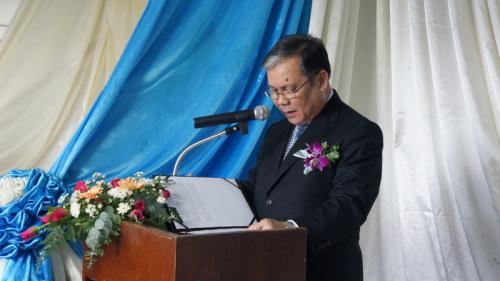 The opening ceremony yesterday, chaired by President of the Supreme Court Pairoj Wayuparb, was held at Phuket Provincial Court.

Where the next tourist court will be opened has yet to be revealed. However, a total of five more will be launched across the country by year end. They will be in Koh Samui, Chiang Mai, Krabi and Bangkok with the capital city to have two of them.

“Since Pattaya’s tourist court opened on September 5, we have received a lot of positive feedback,” said Wirat Chinwinigkul, Secretary-General of the Office of the Judiciary.

The tourist court network will be interlinked and connected to Suvarnabhumi Airport in Bangkok.

“On September 23, a conference room was opened at Suvarnabhumi so that tourists can provide testimony even if they are about to depart Thailand. This conference room can be used to connect with courts nationwide,” Mr Wirat said.

With about 20 million tourist arrivals in Thailand every year and numbers likely to increase, the number of disputes will also increase, pointed out Mr Pairoj.

“The goal of the special courts is to provide advice and information, as well as to expedite the settlement of cases for tourists because they are in Thailand for only a short time,” said Mr Pairoj.

Despite the number of tourists visiting Phuket, the island’s tourist court has yet to receive any cases, said Phuket Court Chief Judge Parinya Chaowalittawin.

“Tourists can either file their complaints to the organized crime center at Phuket Airport or Phuket Town, or they can file it with local police.

“We will provide tourists with information that can help expedite their cases. If they have to leave Thailand, staff will question them and assign officers to follow their cases and notify the tourists of the results once everything is resolved. This is the best way to be fair to everyone under Thai law,” Mr Parinya said.