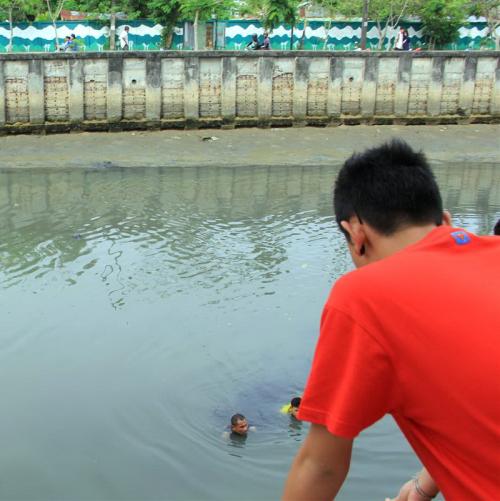 PHUKET: The two teens involved in the revenge murder of a member of a rival teen gang in Saphan Hin on Wednesday have turned themselves in.

Tanit Kantiangtham, 18, and the 17-year-old teenager given the pseudonym “Aom” because of his age were escorted to the Wichit Police station by their cousins.

“The suspects told us that they were angry and they shot Mr Jetsadakorn to take revenge on him and his gang. However, they did not intend to kill him,” Lt Col Passakorn said.

“They confessed that after they shot him, they dumped the gun in Bang Yai Canal,” he said.

Police and rescue workers searched the canal, but were unable to recover the weapon, Lt Col Passakorn told the Phuket Gazette.

Police have charged the pair with premeditated murder, possessing a gun and bullets without a license and having a gun in a public area, he said.