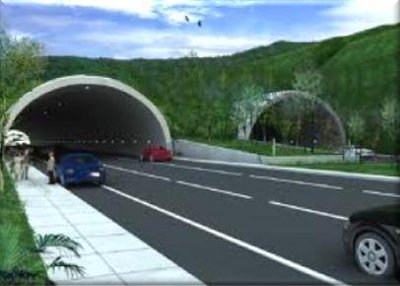 PHUKET: The move to build a rail link from Surat Thani to a point just north of the bridges onto Phuket gained momentum on Friday when it was confirmed as one of the projects to be presented to the Cabinet during the minister’s meeting in Phuket on March 19-20.

The news was announced at a meeting chaired by Phuket Governor Tri Akaradacha at Phuket Provincial Hall.

The meeting, attended by provincial government representatives from Phuket, Phang Nga, Krabi, Trang and Ranong provinces, was called to confirm which projects from those provinces will be presented to the Cabinet for approval.

Each province can present up to 10 projects, but the total budget for each province cannot exceed 100 million baht, Gov Tri explained to the Phuket Gazette.

A proposal to allocate a budget of 95 million baht to start developing the train line extension will be among the requests presented.

“This could really help promote tourism throughout Trang, Krabi, Phang Nga and Phuket. It will provide easier ways for tourists to travel in the Andaman provinces. If this project is approved by the Cabinet, a rail network could be developed [throughout the Andaman provinces] for a total budget of about 25 billion baht,” he said.

He also voiced his support for the bureaucrats tackling of Phuket’s traffic problems.

“Public transportation has been a long-term problem and if it is not solved soon, then it will be worse in four to five years,” he said.

Phuket will also present the light-rail project; thePatong Tunnel; the construction of an elevated road across the Klong Koh Pee mangrove forest in Saphan Hin; and other projects to further develop medical services, water resources and education, among others, Gov Tri said.

Other projects to be presented by Ranong, Krabi and Trang include a 30mn baht plan to improve public traffic infrastructure; 30mn baht for the development of an International Andaman boy scout training project; and more than 18mn baht to dredge a channel at Koh Lanta in Krabi.

Gov Tri also confirmed the conference hall of the Prince of Songkla University Phuket campus as the venue for the Cabinet meeting.