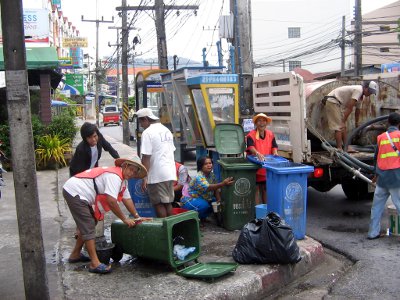 PHUKET: The Wage Tripartite Committee (WTC) yesterday proposed that the Pheu Thai Party’s promise of a nationwide minimum wage increase first be tested in Phuket and metropolitan Bangkok, then followed by proportionate increases in other provinces.

Phuket was suggested as a pilot province for the increase as it already has the highest daily minimum wage in the country at 221 baht.

The WTC initially voiced some support for the nationwide increase to 300 baht per day, but its subcommittees expressed concern they were not prepared for such a big increase and instead proposed their own wage-increase proposals.

Following a meeting on the issue, Labor Ministry Permanent Secretary Somkiat Chayasriwong disclosed that subcommittees had proposed increases ranging from 2 baht to 28 baht for 35 key provinces.

Under that plan, the remaining provinces would receive similar, gradual adjustments, starting early next year.

“We should wait until the new Labor Minister comes into office to manage the way the adjustment [is handled],” Mr Somkiat said.

“I met Pheu Thai Party Secretary-General Jarupong Ruangsuwan to exchange views on this issue, but he didn’t put any pressure on the ministry,” he said.

However the minimum-wage hike would draw more laborers from neighboring countries such as Cambodia, Laos and Burma because they would also be entitled to reap the benefits of the higher wage environment, he warned.

The WTC, comprising representatives of the government, employers and workers, will call another meeting early next month to consider the issue further.

UK Home Secretary to decide on Aldhouse extradition to Thailand

Phuket “warms up’ for Mother’s Day