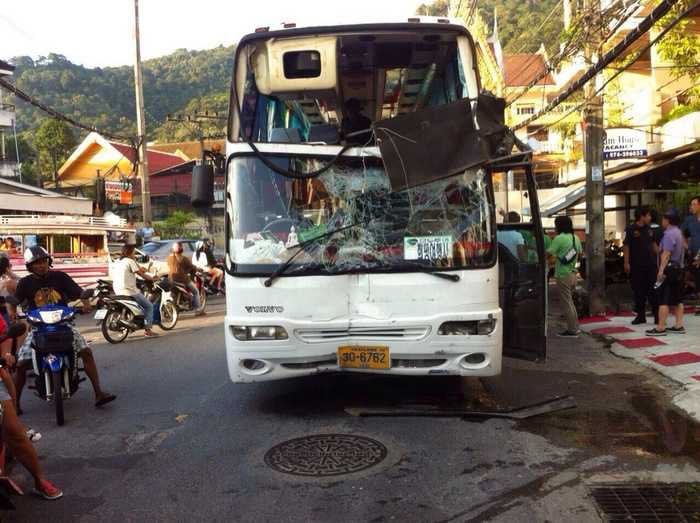 PHUKET: Police have blamed reckless drivers and not having enough officers to enforce the law for heavy vehicles, including Phuket tour buses, breaking the ban on crossing Patong Hill during peak traffic hours.

Col Thithirat is the superintendent of the Thung Thong Police Station, which is located just 150 meters from where the checkpoint is located.

“I am not shirking responsibility,” he said. “We know it is our job is to enforce the law and make the island a safe place to the best of our ability.

“But we can only arrest lawbreakers when we have enough officers present to do so. I will see if we can make sure that officers are at the checkpoint more often.”

The statement follows an incident in which a tour bus carrying Chinese tourists plunged down Patong Hill on December 11 during the heavy vehicle ban (story here).

Col Thithirat also called for all motorists to obey traffic laws in order to make their lives safer.

“Motorists must comply with traffic laws. People are aware of them, but they ignore them. It is the same as people on motorbikes not wearing helmets, even when they know it is for their own safety,” he said.

“I would like to ask motorists to obey and respect laws that have been made to protect society. These laws are meant to be obeyed.

“We will keep on with our job, checking and arresting people who break the laws. However, the best solution is if everyone follows the rules. That will cause less problems.”