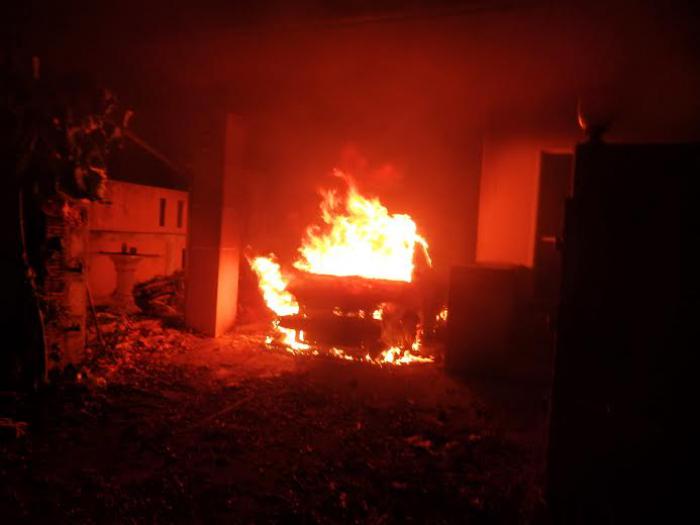 PHUKET: A car erupted in flames outside an abandoned Phuket house early yesterday morning with its owner nowhere in sight.

Nutchanat Thongpan, a neighbor living near the abandoned house, notified police of the blaze at about 1:30am in Neramit Village 3 in Baan Lipon, Capt Narong Muangdoung of the Thalang Police told the Phuket Gazette.

“I returned from work that night to find the car burning outside the house and what sounded like an explosion, so I immediately called 191 for help,” said Ms Nutchanat.

A fire truck from Thepkrasattri Municipality rushed to the scene. It took firefighters about an hour to subdue the flames.

“Forensic officers are investigating the cause of the fire,” said Capt Narong.

“Although the car was already engulfed in flames when officers arrived, we were able to read the plate: Kor Kor 9467.”

Officers are searching for the owner of the car.