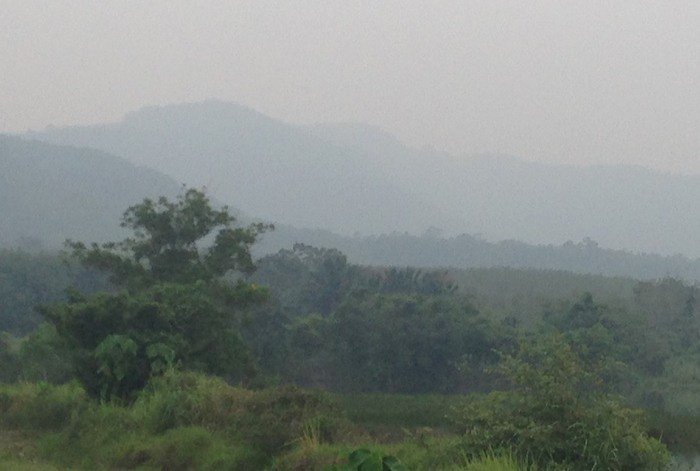 PHUKET: Flying in the face of statements by the top official at the Thai Meteorological Department (TMD), the Regional Environmental Office has issued a health warning for the thick Indonesian haze that has settled over Phuket (story here).

“The condition, like last year, is Transboundary Haze Pollution caused by the wildfires in Sumatra,” said Pornsri Suthanarak, the director of the Regional Environmental Office. “We continually monitor air pollution levels in the region, which have gone above the public safety standards of 120 micrograms per cubic meter within the last 24 hours.”

Though Suntad Panbanpaew, director of the local Phuket TMD weather center, had confirmed to the Gazette that he would be in touch if there were any public health concerns, in order to inform the English-language community, he has yet to contact the Gazette today.

“We measured levels at 126 micrograms per cubic meter in Phuket, much higher than the average in the region, which is about 10-30 micrograms,” said Ms Pornsri. “These levels could affect people’s health.”

Last year, Phuket was able to dodge the haze pollution when monsoon winds kept the particles from the island’s shores.

“I expect the haze will lessen in the next few days. However, rain or strong winds could help remove it from the region more quickly,” said Ms Pornsri. “I would suggest people avoid outdoor activities, and that people with respiratory problems, as well as children and the elderly, avoid spending an unnecessary amount of time outside.”