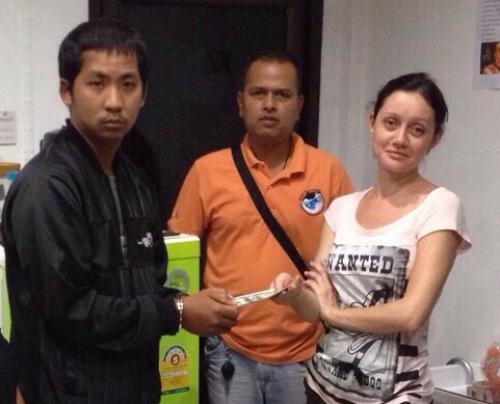 PHUKET: Police Monday night arrested a hotel staffer in Karon who used a master key and a stolen room safe key to rob a Russian tourist of the equivalent of nearly 20,000 baht in banknotes.

The thief also deleted CCTV records at the Karon Phunaka Resort and Spa in the hope of covering his tracks.

“We checked the room and the safe, but found no trace of a break-in,” said Maj Theeradet Jiraksa of the Karon Police.

After Mr Suriyan was questioned for three hours, he confessed to stealing the key for the safe in Ms Gorshkova’s room from behind the reception desk three weeks ago.

“He also took a master key from the reception desk to open the room for the maid two weeks ago, but he didn’t return it,” Maj Theeradetch explained.

Mr Suriyan told police that he used the master key to enter Ms Gorshkova’s room while she was out.

“I unlocked the safe and stole some of her money just after midnight on Sunday,” he said.

“I did not take all the money in the safe because I wanted hotel staff and police to believe that Ms Gorshkova might have lost the money somewhere or spent it shopping,” Mr Suriyan said.

“I also deleted the hotel CCTV footage so police and other hotel staff could not track me down,” he added.

Mr Suriyan was taken to Karon Police Station and charged with robbery.