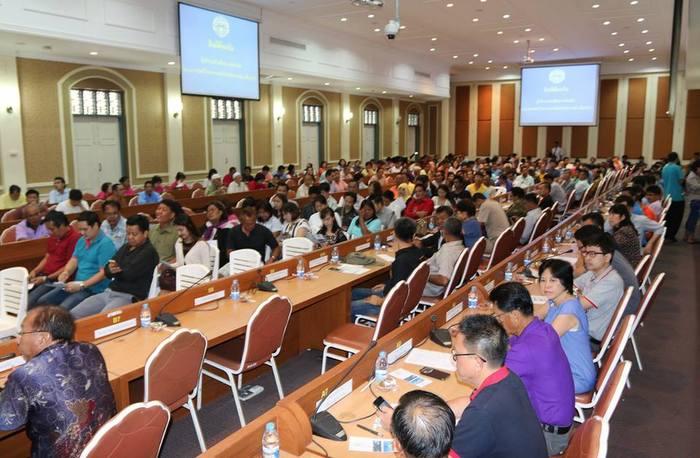 Out of the 339 voting participants at the public meeting Thursday morning, 259 approved the project, a dramatic contrast to the 65% of 95 voters who shot down the plan on August 10 last year (story here).

The flyovers are planned for the u-turn at the first set of traffic lights just north of Thalang Town and the Baan Koh Kaew Tha Ruea u-turn in front of Baan Jee Teng, each having a 100 million baht budget.

The plans were re-tabled following a push from Phuket Governor Chamroen Tipayapongtada, who felt like they had failed to pass the original public hearing due to miscommunication and lack of information.

“To accommodate for the project, we will need to expropriate about 10 meters of land on each side of Thepkrasattri Road. We need the extra room to be able to install the necessary drainage system,” explained Phuket Vice Governor Chokdee Amornwat, who chaired the meeting. “We will of course compensate locals accordingly and have another public vote once the plans are finalized.”