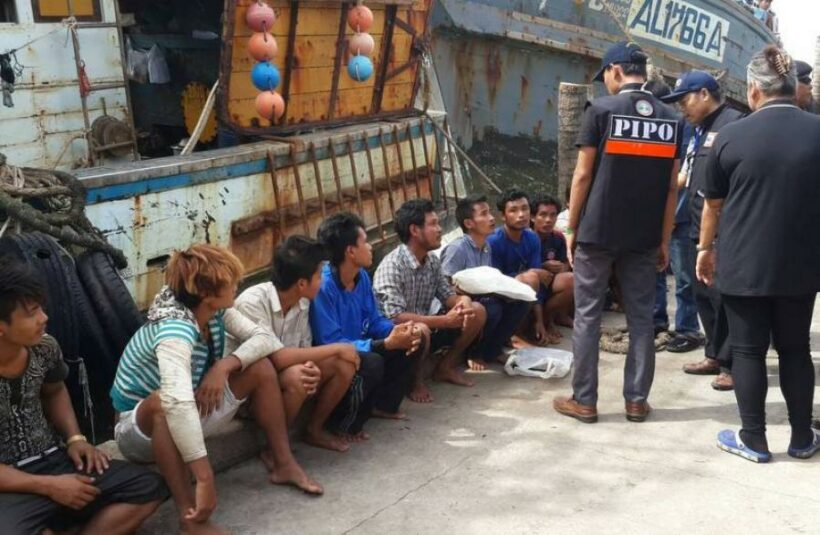 The boat was carrying cargo from Penang, Malaysia to Myeik, Burma. The crew left on May 18 and were due to arrive on Saturday, but their boat was wrecked after experiencing stormy weather and strong waves near Racha Noi Island.

“The Burmese boat, Aung Sein Myat, was carrying various items, including consumables, palm oil, cement and gloves. It was damaged by strong waves, causing the engine to become swamped with water,” said Maj Nattapong Pruktharathikun of the Phuket Marine Police.

The captain ordered the crew to abandon the vessel and use lifeboats, but a fishing boat named Or Arunsamutr 5 was passing by at the time and took the whole crew aboard.

The boat arrived at Pae Sangarun port in Rassada at 3am today. Most of the cargo had been thrown overboard, but the crew managed to salvage some.

Maj Nattapong said that all crew members had the required legal documents to transport the goods.

They are currently under the care of the Phuket Social Development and Human Security Office, while waiting for the company to arrange for their return to Burma.